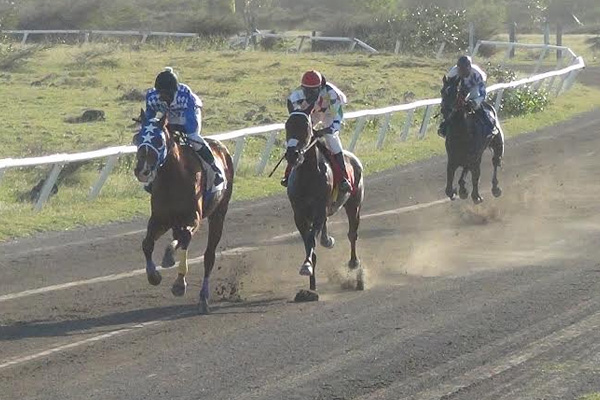 It was the second of two back to back race meets held by the Nevis Turf and Jockey Club and this one was held on Sunday 5th January 2014.

The crowd was not as large as it was for the previous week but the persons present were equally vociferous.

The feature race of the day was race number three which was indicated on the race program as the race to feature the popular Mr. Big Pepe; WILD CANDY and OBAMA.

PEPE’S fans were hoping for a repeat victory, while fans for the other two horses were seeking sweet revenge.

Moments before the race was set to commence, it was revealed that Mr. BIG PEPE had ‘scratched.’

This was not good news for the crowd but they eventually settled down to watch an intriguing match up between WILD CANDY and OBAMA.

After an initial tight start, Patrick Howell skillfully eased WILD CANDY away from OBAMA to win by a comfortable margin.

The next race meet is scheduled for Sunday February 9th as part of the Tourism week of activities.