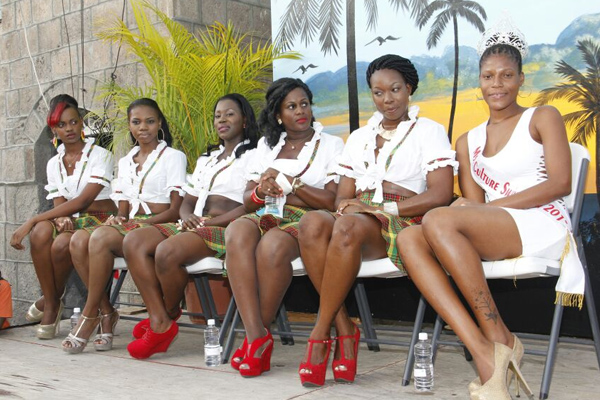 ZIZ News — The 2014 Nevis Culturama Committee, on Friday, revealed the five women and five men who will vie for the 2014 Miss Culture Swimwear and Mr. Kool titles.

This followed the announcement of the six beauties who will be competing in this year’s Miss Culture Queen Pageant.

The Ms Culture Swimwear and Mr Kool Contests will be held together and staged on Tuesday 29th July, 2014 at the Nevis Cultural Complex.