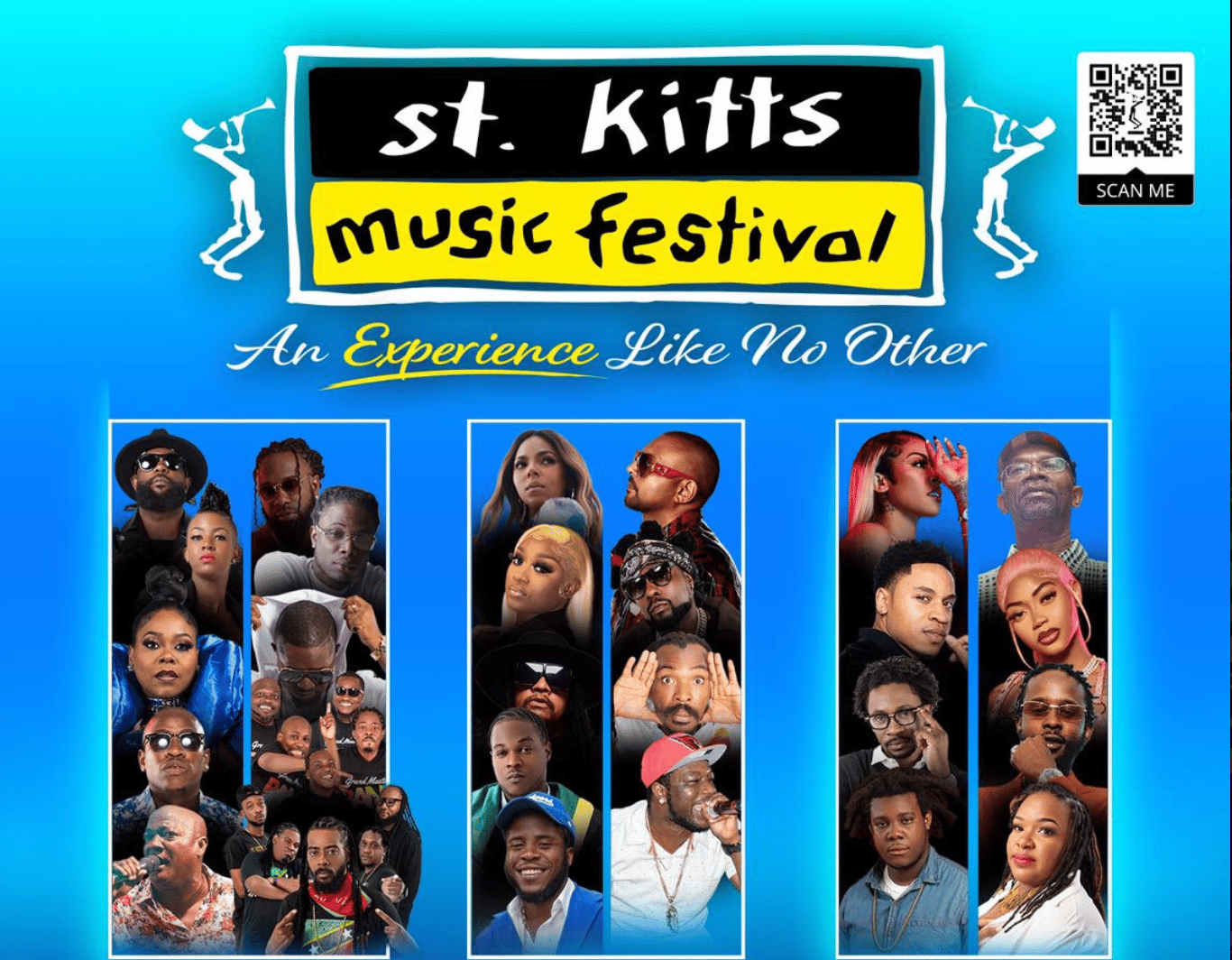 Much Anticipated Exciting St. Kitts Music Festival Returns With Many Benefits for the Hospitality and Tourism Industry

Basseterre, St. Kitts, June 23, 2022 (SKNIS): The 24th Anniversary edition of the St. Kitts Music Festival is expected to “help tremendously” with the promotion of St. Kitts and Nevis and the country’s rich tourism product.

The popular three-night festival kicked off on (Thursday, June 23) with performances by top local, regional and international artists including NuVybes, Destra and Bakanal the Band, Nadia Batson, Bunji Garlin and Fay-Ann Lyons, Voice, Masicka and more.

“It is going to help us tremendously in terms of our promotion for St. Kitts and Nevis. It says yes, we have suffered from COVID like the rest of the world, but we are open for business again,” Honourable Phipps stated.

The minister noted that pre-pandemic statistics from the World Bank indicated that direct tourism made up 8 per cent of the twin-island Federation’s Gross Domestic Product (GDP). However, the figure jumps to approximately 80 per cent when factoring in what was described as the allied services sector.

The spin-off of the June 23rd to 26th festival is likely to have a far-reaching impact.

“It provides that type of bridge financing – the ability for someone who is in the tourism sector [such as] stakeholders, taxis, hotels, food service agents, back of the house, investment promotion that is surrounding tourism, to get back on their feet again,” Minister Phipps expressed. “When they are happy, then the government is happy and then the people in general of St. Kitts and Nevis would be happy and at that time the Ministry of Tourism and the SKTA (St. Kitts Tourism Authority) can say ‘we are on track to continuing to do best what was done in the past and that is to showcase St. Kitts and Nevis as the best place to live, work and to invest.”