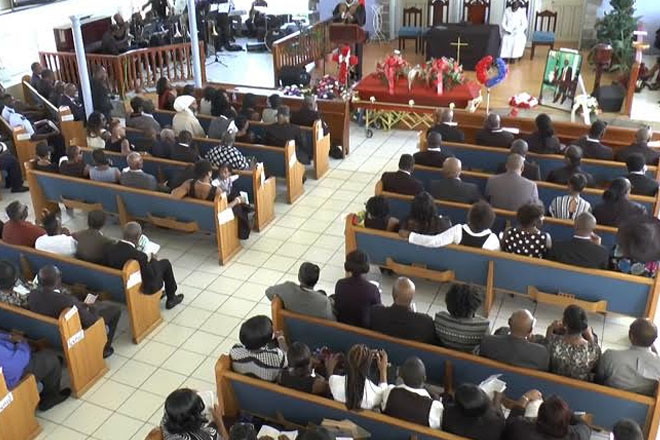 (ZIZ News) — On Thursday afternoon, relatives, friends and other well-wishers paid their final respects for the late Dawud “Mudada” Byron.

The funeral service was held at the Zion Moravian Church and proceeded to the Springfield Cemetery.

Among the dignitaries attending the service were the Hon. Ian Liburd and Leader of the Opposition the Right Hon. Dr. Denzil Douglas. Other members of the St. Kitts-Nevis Labour Party were also present.

Throughout his life, Byron served as a teacher, musician and member of various community organisations. His most notable contributions have been in the field of journalism.

He served for more than 36 years as a reporter, assistant manager, editor, and managing editor for the Labour Spokesman.

He was also a member of Eli Matt and the G.I’s Brass, Grand Masters, and the Legends Band.

In 2014, Byron was awarded the Medal of Honour for his service in journalism and music.

He passed away on Tuesday November 3rd.