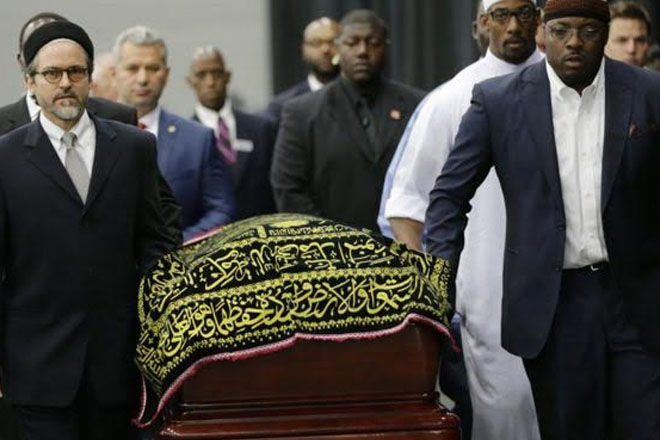 Worshippers and fans of Muhammad Ali are attending a Muslim prayer service to honour the legendary boxer in his hometown of Louisville, Kentucky.

The two-day funeral was planned by Ali in the years before his death, according to a family spokesman.