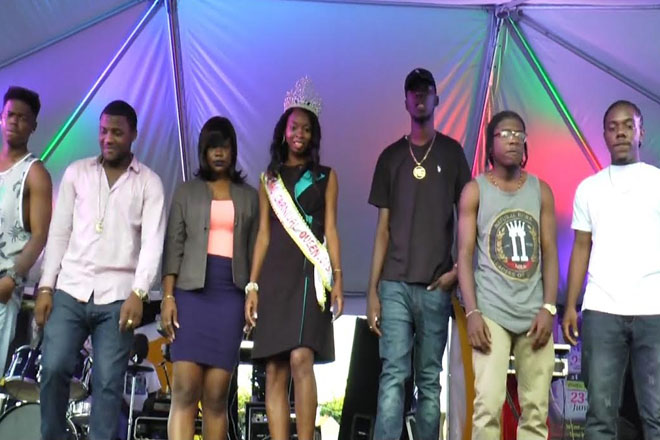 (ZIZ News) — The activities leading up to the 20th annual St. Kitts Music Festival officially began with a Music Festival Jump Off on Friday evening at The Circus.

Several local acts took to the stage giving the public a taste of what to expect at this year’s Music Fest.

Aside from the contests and giveaways patrons were given a special treat with a brief performance by reggae artist Ed Robinson.

The national artists featured on the lineup also officially signed their contracts formalizing their involvement in the three-day festival.