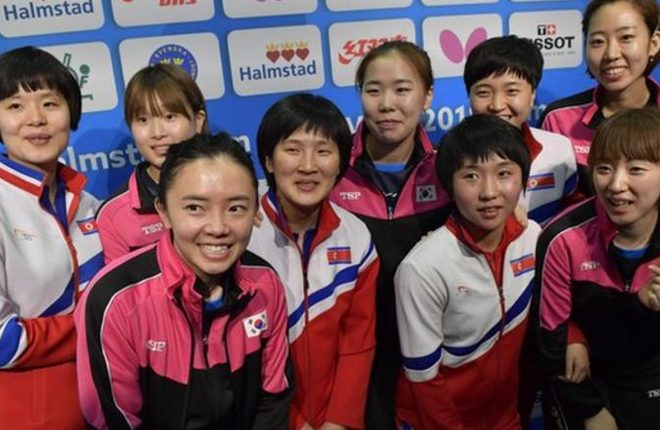 N Korea and S Korea combine rather than play each other

Sport continues to build bridges in North and South Korea, almost three months since the so-called ‘Peace Olympics’ were held in the South.

Just days after leaders of the two countries pledged to rid the Korean peninsula of nuclear weapons, the two nations have unified in the table tennis hall – rather than compete against each other amid a backdrop of inter-Korean reconciliation.