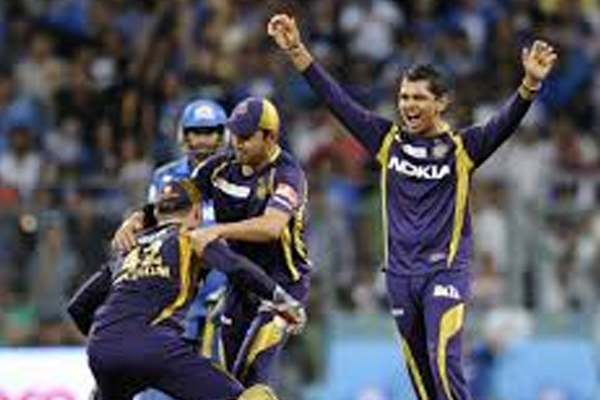 Kolkata restricted Mumbai to 142 and then Robin Uthappa led the way with 80 to help Kolkata sail home at the Barabati Stadium, Cuttack.

West Indies cricketers Lendl Simmons and Kieron Pollard just barely got into double digits-Simmons hitting two fours in his knock of 12 while Pollard was not out on 10.

Pollard struggled for his 10 off 11 balls at the death, an indication of how tough Kolkata had made it for Mumbai.

Narine picked up one for 18 as Mumbai struggled to get going for a major part of the innings.

The Trinidadian spinner’s spell at the death did not allow Mumbai to get away except for a top score from Rohit Sharma who hit 51 off 45 balls, smashing the ball around only towards the end.

Mumbai are almost out of contention for a place in the playoffs while Kolkata have stayed at the fourth spot in the IPL 2014 points table.