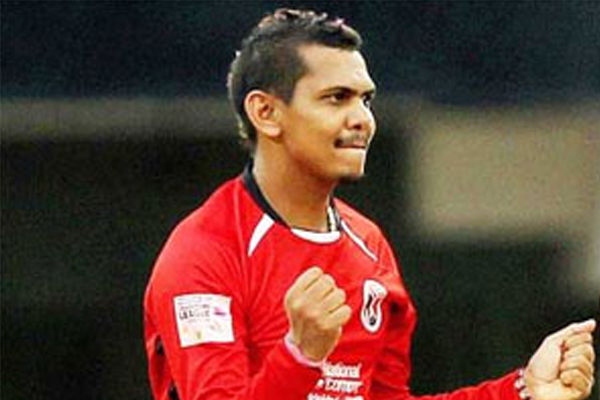 Sports Page — A low-scoring contest in Guyana boiled down to one of the most remarkable finishes in Twenty20 cricket. Red Steel made two grievous errors in the field in the final over of the chase, allowing Guyana Amazon Warriors’ last wicket to tie the game, after which Sunil Narine took the spotlight. Defending 11 in the Super Over, the Warriors’ spinner delivered a wicket maiden to secure his team’s second win of the 2014 CPL.

Narine was up against Red Steel’s wicketkeeper Nicolas Pooran, who had hit the spinner for 11 runs off four balls during the chase. In the Super Over, however, Pooran could not get bat on ball for the first four deliveries, before holing out at long-off. Warriors had already all but won the game, and Narine beat New Zealand’s Ross Taylor with the final ball to complete his maiden over.

Red Steel should have never let the match enter the Super Over phase. Like Narine later, Dwayne Bravo also had 11 to defend, and Warriors had only two wickets in hand. He conceded two off the first ball, none off the second, and Krishmar Santokie was run out attempting a second run off the third. That left Bravo with eight to defend off the last three balls, and he could do little about the shambles that followed.

Ronsford Beaton cut the fourth ball to point, where Fidel Edwards misfielded to allow a boundary. He slogged at the fifth and scampered a double after the ball fell in no-man’s land. The last ball did not fall in no-man’s land. Needing three to win, Beaton skied a catch to the keeper and not only did Pooran drop it, he was also unable to prevent the second run that tied the game. Unfortunately for him, Narine was about to make his evening much worse.

Until that manic finish, the match had been a sedate affair, with the bowlers dominating after Warriors chose to field. Evin Lewis and Pooran were the only Red Steel batsmen to pass 20, and Pooran’s 37 off 17 balls helped his team reach 118 for 8 in 20 overs. Narine and Beaton took two wickets each, and Pakistan’s Mohammad Hafeez claimed 1 for 11 in his four-over spell.

Chasing 119, Lendl Simmons was firm at one end but Warriors lost many wickets at the other to slip to 43 for 5, with Samuel Badree taking three wickets. When Simmons fell with the score on 56 for 6, Red Steel were firmly on top. Christopher Barnwell, however, found a steady partner in Narine, whose first act in thwarting Red Steel was contributing 16 to a partnership of 44. When they fell in quick succession, though, the game seemed up, until those errors in the field allowed Warriors to tie the match and then play their ace.