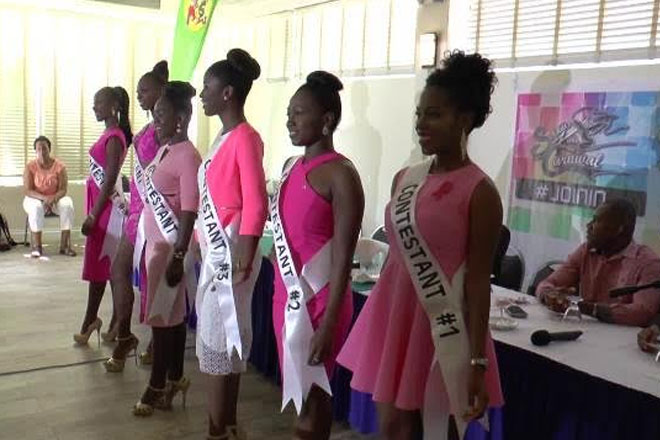 (ZIZ News) – The six contestants who will vie for this year’s National Carnival Queen title have been announced.

Minister of Culture, Hon. Shawn Richards encouraged them to be ambassadors of St. Kitts and Nevis.

“As of today, they actually become ambassadors for St. Kitts and Nevis. This is something that I hope they take quite seriously because as of today, the public will certainly be looking at them and will be evaluating them even ahead of the show,” Minister Richards said.

Violet Williams, in her capacity as Chairperson of the pageant, promised to deliver an exciting show in December.

She added, “In that regard to assure you that this year’s show will be one to talk about: raising the standards and to ensure that you, the audience, the media will have an excellent time.”