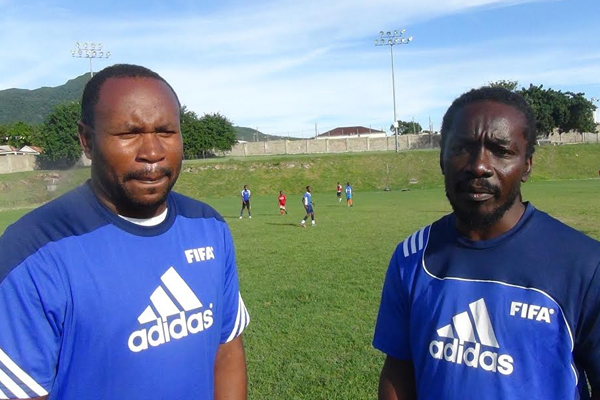 His main goal was to host a Football camp geared towards the under 13 and under 15 footballers on Nevis.

Director of Sports on Nevis, Jamir Claxton indicated that the young Footballers have been in training for some time now, under the direct supervision of his staff at the Sports Department.

However, they now had the opportunity to be trained and closely scrutinized by the national coach.

Hazel for his part noted that he was happy to conduct the camp and pointed out that he has worked well with the Sports Department on Nevis and will continue to collaborate in any effort that would assist the development of the young players.

He also noted that he was also looking closely at the players with a view to possible selection to a national team which was set to tour sometime next year.

The young Footballers all seemed keen and eager and appeared to have thoroughly enjoyed the session.