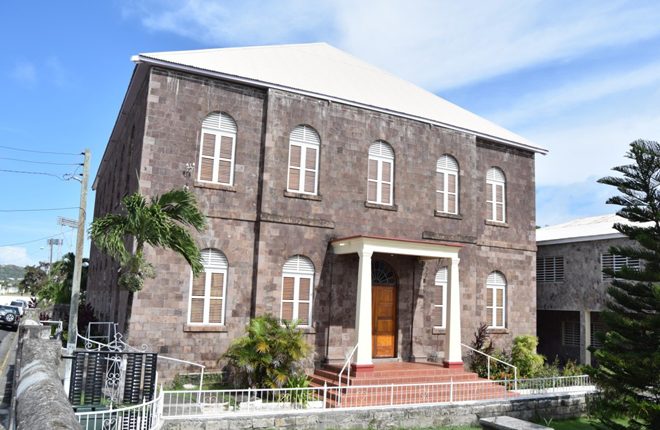 (SKNIS): Citizens and residents of St. Kitts and Nevis are encouraged to turn out in their numbers for a Service of Prayer, Praise and Thanksgiving to God on Tuesday September 12, in recognition of the minimal damage caused to the federation by Hurricane Irma, which impacted the Northern Leeward Islands earlier this week.

“My view is that St. Kitts and Nevis has been spared the ravages of what could have been total devastation given the magnitude of the hurricane – the size and expanse of it,” said Prime Minister, Dr. the Honourable Timothy Harris, in an interview after the passage of the tropical cyclone. It was later announced that the Ministry of Ecclesiastical Affairs was asked to coordinate “a national service of praise and thanksgiving” in collaboration with the religious bodies in the federation.

Permanent Secretary in the Ministry of Ecclesiastical Affairs, Ron Dublin-Collins, said services will be held simultaneously at the Wesley Methodist Church, Seaton Street in St. Kitts, and the Charlestown Methodist Church in Nevis on Tuesday, September 12. The services begin at 6 p.m. and will also be held in observance and celebration of the nation’s 34th Anniversary of Independence. As such, it replaces the Zonal Prayer Service that is listed on the Independence calendar.

The general public is invited to join the church community in prayer, praise and thanksgiving. “Let us turn to God in Prayer with general hearts,” religious officials have stated.