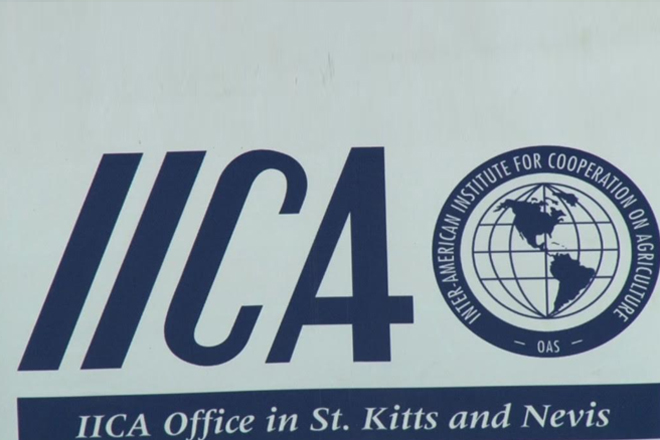 (SKNIS): The September 27-28 National Traceability Workshop coordinated by the Inter-American Institute for Cooperation on Agriculture (IICA) and facilitated by the Institute of Food Technology (IFT) is part of a project on Sanitary and Phytosanitary Measures (SPS), which is a component of the 10th European Development Fund (EDF) entitled Support to the Caribbean Forum of ACP States in the Implementation of Commitments under the Economic Partnership Agreement (EPA).

The specific objective of the project is to increase production and trade in agriculture and fisheries which meet international standards, while protecting plants, animals, human beings and the environment.

“The SPS component seeks to assist CARICOM States, as well as the Dominican Republic to gain an improved market access by complying with European Sanitary and Phytosanitary Measures and to develop and strengthen regional harmonized SPS Measures,” said the IICA Representative. “The project seeks to address three major constraints impacting animal health and food safety system in region. These include the outdated legislative framework; the defragmentation among agencies responsible for agricultural health and food safety matters; and the limited capacity of private and public sector to meet the SPS regime.”

The IICA Representative said that the project yielded a number of achievements since its implementation.

“We have been able to finalize four model bills. In addition to that, we have the strengthening of three regional agricultural health and food safety,” said Mr. Augustine. “We have had a fifty percent increase in the representation of CARICOM countries in the international agricultural health and food safety meetings. This project has been able to assist in the area of capacity building such as the hosting of a number of workshops.”

Mr. Merchant said that a number of persons from St. Kitts and Nevis played an integral role leading up to the finalization of the model bills, as they were able to travel overseas to look at all the legislation and sort them for updating purposes, which then resulted in all the Caribbean Islands perusing the documents to bring about a proper and updated legislative framework within the region.

The project was implemented by IICA in collaboration with CARICOM Secretariat, the CARICOM Regional Fisheries Mechanism (CRFM) and the SPS Committee of the Dominican Republic.