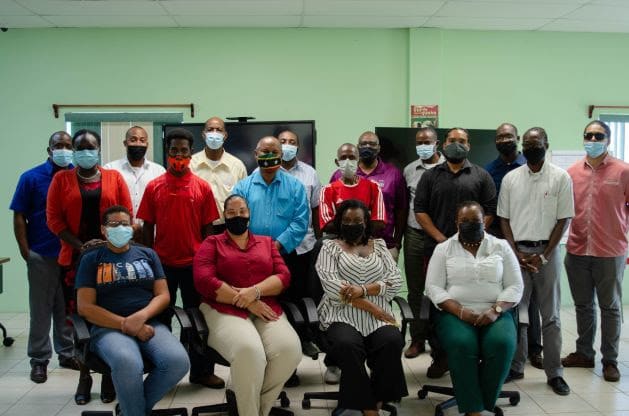 During an interview on August 18, Chief Engineer at the Public Works Department, Livingston Pemberton, said that Initial Damage Assessment is an activity IS carried out after the impact of a disaster.

“If the Federation were to be impacted by a hurricane, or an earthquake or even a tsunami, then the NEOC which would have been activated would then send out a clarion call once the all-clear has been given for initial damage assessment to be done,” Mr. Pemberton said.

“What would happen is that volunteer groups going out into the communities would be looking at the infrastructure, the housing, the roads, the environment, agriculture, and that data would be collected on a standardized form and that form would be deposited at the National Emergency Operation Center (NEOC); that data would be collated and out of that data, information would be extracted,” said Chief Engineer Pemberton.

He also stated, “That information would go into a report and that report would make its way to the desk of the Office of the Prime Minister.”

Deputy National Disaster Coordinator, Claricia Langley-Stevens, in speaking to the stakeholders during her presentation at the opening ceremony said, “Our Damage and Needs Assessment Committee depends heavily on your skillset and working knowledge to be able to ascertain and collect data for decision-making purposes as well as for the government to determine how much damage that would have occurred over a period of impact.

“Initial Damage assessment is a prerequisite for additional training that USAID provides for the agency and that is Damage and Needs Assessment (DANA) but DANA is a more in-depth detailed cost affected type of assessment which means that we have to use this training to prepare you with the basics and then after that, once you are successful at this stage, you are going to be given the opportunity to advance,” Mrs. Langley-Stevens said.

Mr. Pemberton added to Mrs. Langley-Stevens by saying, “In DANA we are focusing more on the technical area, utilising expert persons such as engineers, persons trained in agriculture, the tourism industry and the environment and these are the persons that would be going out and identifying what are the needs in this particular sector and that need would be assessed and the report would be presented and make its way to the Prime Minister’s desk for further action.”