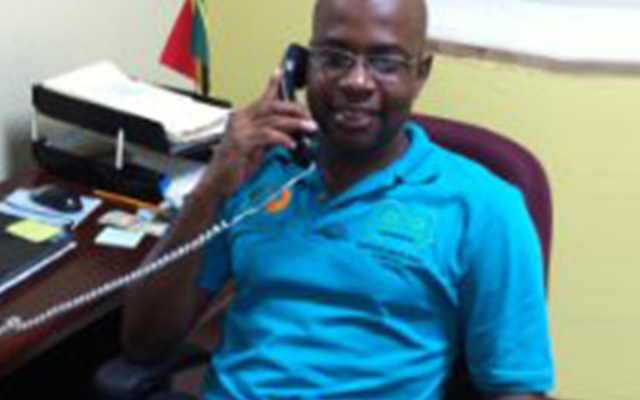 The Nevis Cricket Association held its annual general meeting on Monday 10th November at the conference room of the Nevis Cooperative Credit Union.

Reports indicate that it was a heated meeting as outgoing President Keith DIS AND DAT Scarborough came in for some scathing criticism and was coded by some as a ‘dictator.’

Scarborough for his part, in a pre meeting interview, indicated that he would not be running for the Presidency again, nor for any position on the executive but stated that he would be available to lend assistance in any shape or form, if required.

He further indicated that he was ‘undermined’ by some members of his former executive and noted that after putting in so much sacrificial effort to render voluntary service and being treated in that manner, ‘it was not worth it.’

When the dust settled at the AGM, the following persons were elected to run the affairs of Cricket on Nevis for the next year:

Newly elected President Liburd, a Banker by profession, thanked the over twenty persons present for electing him to the top position and although indicating that it was a ‘tough task, during a tough period of time,’ vowed to give his all and further vowed that he would work closely with his executive and the Cricket teams and Clubs across the island to ensure that Nevis would one day soon, make a resurgence to the pinnacle of Cricket in the Leeward Islands and continue to make an indelible mark on West Indies Cricket.