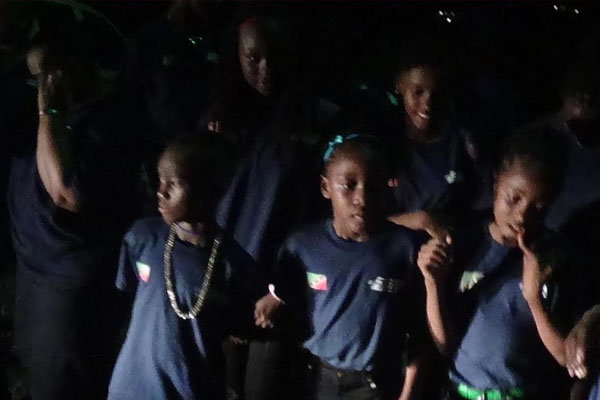 Head Coach Tricia Williams and Asst Coach Shermon Caines indicated that Nevis had not received a medal this time around but noted that some of the athletes secured fourth and fifth spots in the highly competitive meet and also completed their best times ever.

The three most outstanding athletes for Nevis were: Teneisha Perkins; Carlon Tuckett and Tangela Dunrod.

Team captain Leroy Chapman apparently had an ‘off day’ but it was pointed out that the team generally performed creditably.

One of the parents who accompanied the team spoke of the high level of competition coming from the children who represented the top three islands. ‘Those guys are great,’ she stated. She also opined that future CUT teams should be selected months in advance of the competition and receive adequate training.

It was also stated that it is full time that Nevis focus on appointing a sprint coach; a long distance coach and a fields coach which will only serve to enhance the performances of the athletes at the local level.

Jamaica placed first with 587 points to top the table for the 5th time in six years.

Team Jamaica captured 13 of the 27 championships records in the two days of competition at the Haseley Crawford Stadium.

Barbados finished the biennial championships second with 454 points, while Trinidad and Tobago placed third on 226.

Nevis got 69 points to secure 9th position out of the 14 participating countries.