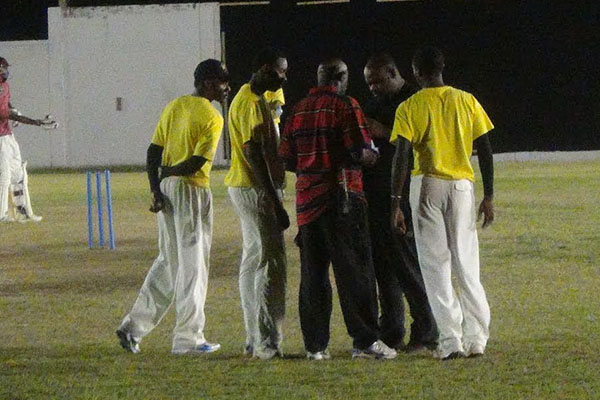 Despite, the inclement weather, a fair sized crowd showed up at the ET Willet Park for the commencement of the Nevis Cricket Association Franchise league on the evening of Saturday 10th May.

In match two which was set up for an exciting finish before it was unfortunately rained out, Nelson Boland slammed an undefeated half century for the Bath Hotel Blazers and Carlon Smithen seemed set to respond in kind for the Saddle Rangers until he was outfoxed by a Tonito Willet slower ball.

Summary of the matches played:

Saddle Hill Rangers—62 for 2 in the 10.1 overs when a heavy downpour forced the match to be aborted

Matches scheduled for Sunday 11th May were also rained out.