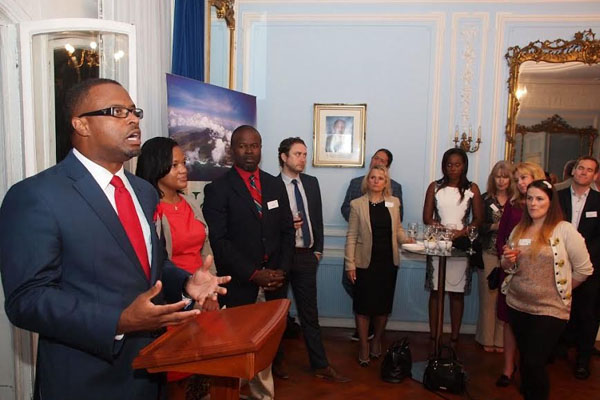 An article which appeared in The Herald, a London newspaper, dated October 01, 2014, entitled “Tourists targeted by island paradise” by Simon Bain, Business Correspondent/Personal Finance Editor spoke of Nevis as an exclusive Caribbean island that wanted to attract visitors from Scotland.

“Scottish holidaymakers are being wooed by an exclusive Caribbean island with only 400 hotel beds and a roll call of celebrity clients.

“Nevis, population 12,500, despatched its deputy prime minister at the head of a 20-strong delegation to Glasgow yesterday in search of recession-free Scots prepared to dig deep for a luxury break.

“The 36-square-mile island, where Princess Diana once holidayed with her two sons, “prides itself on being completely unmarred by modern trappings, with no fast food outlets, coffee shop chains or casinos”.

“Mark Brantley, deputy prime minister of Nevis and also minister for tourism, which is 60 per cent of the economy, said: “Our market is very niche, we are a luxury brand.” He said the north-eastern US provided most of the island’s tourists, though 10 to 15 per cent came from the UK. “We really want to grow that,” Mr Brantley said. “There is a lot of wealth in this part of the world, it is exactly the type of clientele Nevis caters to.”

“At Barrhead Travel, which was hosting a ‘speed-dating’ meet-up with the Nevis delegation for its agents, spokeswoman Lesley Temple said: “It is not your mainstream Caribbean, it fits in pretty well with our luxury store.” She said the company which has 54 stores had seen a “substantial increase” in demand for luxury travel over the past 18 months.

The Nevis delegation’s visit to Scotland was part of the second annual “Know the UK Grow the UK” marketing trip organised jointly by the Nevis Tourism Authority and the St. Kitts Tourism Authority in partnership with British Airways.

The rest of the delegation is made up of Chief Executive Officer of the NTA Greg Phillip and Julie Claxton who is in charge of the UK and Europe market. The team was also accompanied by Sponge Marketing, the Authority’s public relations and marketing firm in London.