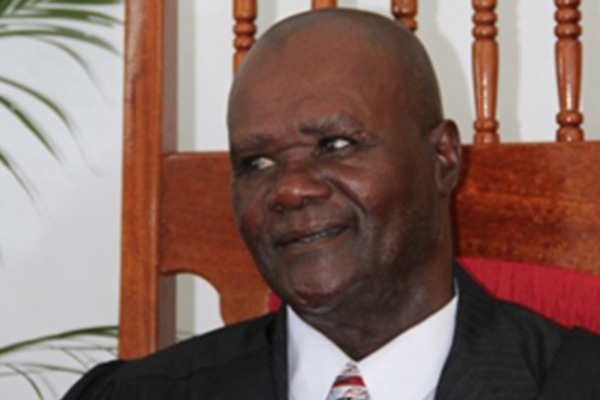 Nevis Island Assembly to honour past parliamentarians, clerks and presidents at special sitting

NIA Charlestown Nevis — The Nevis Island Assembly plans to hold a special sitting on December 10, 2013 and according to the Assembly’s President the Honourable Farrell Smithen, the event will mark the 30th anniversary of the law making body.

In an interview with the Department of Information on December 06, 2013, Mr. Smithen gave further detail of the importance of Tuesday’s sitting.

“The significance of that sitting primarily has to do with the 30th anniversary of the sitting of the Nevis Island Assembly. In 1983, we had, when the new constitution came, an election here in Nevis to elect representatives to the Parliament.

“That was in August of that year and the first sitting of that Assembly was not convened until the 10th of December 1983 and the thought was, that it is a milestone in our history and that we need to, in fact, celebrate it,” he said.

However, Mr. Smithen lamented that children today hardly know about the history of Parliament on Nevis and he was hopeful that the special sitting would widen their knowledge in that area.

“Sad to say though, if you were to ask children now when Nevis was able to have its first sitting of Parliament, unfortunately, they might not be able to tell you and I feel that we need to inculcate in children today our past; where we came from; how we got here and the persons who in fact helped us to get to where we are today.

“It is in that light that the thought came that we needed to do something to celebrate the 30th anniversary of the first sitting of the Nevis Island Assembly,” he explained.

Mr. Smithen gave some insight into the planning and what would take place at the Assembly’s special sitting.

“We formed a selection committee and we have been working for the past three months to get a programme together. On that sitting, it is sort of significant because we have 30 plaques to be given out to past parliamentarians, past presidents and past clerks. The plaques are to honour those persons who in fact paved the way for us and it is a significant thing in my view.

“What we did is we were able to get some corporate citizens to make tangible contributions for us to purchase those plaques and I personally would like to wish them all success down the road. We would do what we have to do in terms of acknowledging the funds that we have received,” he said.

According to Mr. Smithen, the plaques would be inscribed with the name of the honouree and the years of service to the Assembly. That way, he stated, they would have something tangible to refer to which would serve as a reminder in years to come.

Those honoured will be those who served in the past but a decision was taken by the Committee to make an exception for two current parliamentarians for their long standing service in the Nevis Parliament.

Notwithstanding, the Assembly’s President noted, that the event was non-partisan and the Nevis Island Administration was not involved in the planning or execution of the special sitting.

“It was not a government project. It was a parliamentary project. It was done by the Assembly and so there is no politics or no party politics involved in it. All we did was we made representation to the authorities as to what we were thinking and we got the green light and we just took off…,” he said.