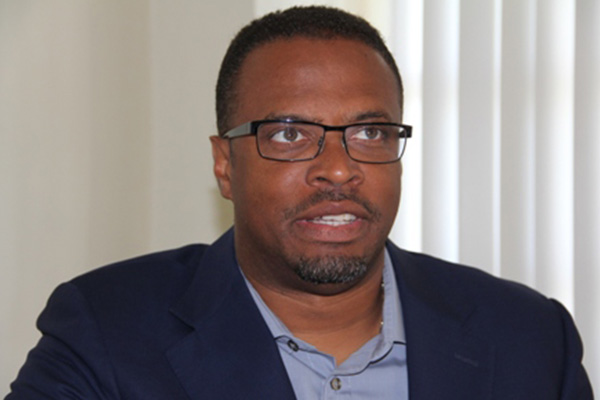 (NIA) Charlestown Nevis — Nevis is on its way to becoming the greenest place on earth and according to Acting Premier of Nevis Hon. Mark Brantley, the island was leading the charge where renewable energy development was concerned in the Caribbean.

Mr. Brantley’s comment came when he delivered remarks during the recent announcement by the Nevis Island Administration’s (NIA) Renewable Energy and Environment Minister Hon. Alexis Jeffers, that firm plans were put in place to commence a geothermal energy development project on Nevis as early as January 2014.

“I am hopeful that…in three years as we’ve been promised, that we the island of Nevis will, as time.com has said of us, be the greenest place on planet earth and that for me is very important that we are out front in terms of renewable energy.

“We are leading the charge and if geothermal lives up to its potential, then Nevis will become the greenest place on planet earth and I think that is no small feat. This is indeed a game changer for us. This really sets us apart from every other island in the Caribbean. Indeed it sets us apart from most countries in the world that we can become entirely self-reliant and then wean ourselves entirely off fossil fuels,” he said.

According to the Acting Premier, when Nevis became self-sufficient on renewable energy the island’s carbon footprint would be reduced which would give rise to several positives for the island and its people.

“It also reduces our carbon footprint to almost nothing and it opens up a whole range of possibilities in terms of economy and industry. We’re talking about the potential for electric cars; we’re talking about potential spinoff industries, all of that becomes possible because of the steps and the work that is being done,” he said.

A team of experts from the Nevis Renewable Energy International Company, the developers who won the bid to pursue a three-year project for geothermal energy development on Nevis from 2014, are expected to meet with the NIA from December 2, 2013, to engage in negotiations.

“This Government has worked tirelessly with the benefit of advice and technical expertise to bring us to this point and we will continue to work hard. The experts are coming back to sit across the table from the developers, so that we can negotiate the PPA [Power Purchase Agreement] and the Concession of Agreement and all of those matters before we can then move forward early in the new year, to the actual implementation stage of this final thrust in geothermal.