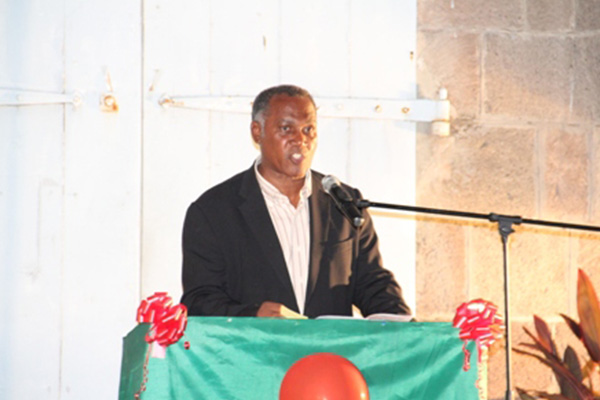 Nevis Premier pays tribute to Nelson Mandela; urges other leaders to strive to serve like he did

NIA Charlestown Nevis— Premier of Nevis Hon. Vance Amory added his voice to the mounting tributes and condolences on the passing of South Africa’s first black President Nelson Mandela at his home on December 05, 2013.

In an interview with the Department of Information, hours after the icon’s passing on December 06, 2013, Mr. Amory urged leaders to recognise the fallen leader’s honesty and strive to serve with that level of humility and integrity.

“I want to extend on behalf of the people of Nevis, the Nevis Island Administration, our condolence to his family and the people of South Africa whom he served; for whom he was an icon but for whom he was a liberating force. I want to extend to them our condolences knowing that his shoes will never be filled. Anyone who comes after has a standard which I don’t think they would ever be able to measure up to.

“Because of that, it then is necessary that those of us leaders in small countries, large countries, persons of colour, that we need to recognise his integrity and strive to serve our people with that level of humility that level of integrity so that there could be no aspersions cast on us and that we can be satisfied that when our time comes to pass on that we would have done the best for our people and if we have done our best for our people as Mandela did, then we would have been true to his memory and to his legacy,” he said.

Mr. Amory said when he got word of Mandela’s death, although it was widely known he had been ailing for some time, it was difficult to accept and would be felt throughout the world.

“Although we know he had been ailing for a while but yet, because of his stature and because of the impact he has had on the world, we are never ever able to accept that passing and it came out as a shock but clearly, it has left a void in world politics.

“Clearly the people of South Africa, the people of Africa generally and Africans everywhere, saw him as a standard bearer for our freedoms, for what we can achieve and for what is possible for the blacks of this world and I think his passing is going to be felt and will reverberate throughout the world,” he said.

Mr. Amory offered the personal view that Mr. Mandela’s life should be an example to people of colour all over the world.

“For me personally, I feel that his example of going through what one may call trial and tribulation, having to be imprisoned for his ideas, for his willingness and his need to see his people attain a better standard of life and the sacrifices he made and the ignominy and the kind of humiliation which he suffered, to rise to become a leading figure in the world must be an example for all black people,” he said.