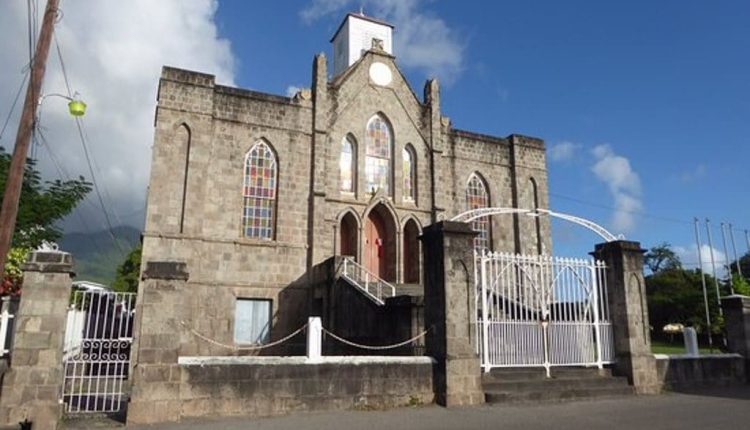 Basseterre, St. Kitts, September 13, 2019 (SKNIS): For the third time since the Team Unity Administration was elected to office in 2015, St. Kitts and Nevis’ Independence State Service will be held on the sister island of Nevis at the Charlestown Methodist Church on Sunday, September 15.

“The State Service is an opportunity to reflect on God’s faithfulness and His many blessings to us as a nation. It celebrates our rich Christian heritage and is an experience of unity that allows for our gathering with one purpose to worship the Lord…,” he said.

Rev Bonny Byron, Superintendent of Methodist Church-Nevis Circuit will be the speaker for this years’ Independence State Service. A moment of silence will be observed in honour of the passing of Kenrick Georges, writer and composer of St. Kitts and Nevis’ National Anthem.

Chairman Dublin-Collins encouraged citizens and residents to join in the celebrations.

“All are invited to come together and celebrate God and reach out in prayer for our nation’s future as we seek to continue to build our nation, laying for ourselves a very solid foundation on our faith in God,” he noted.

Persons interested in attending the 2019 Independence State Service are asked to take note of the free transportation service to and from Nevis.

The participating ferries are the M.V. Islander, M.V. Carib Express, and the M.V. Next Edition. The boats will depart the ferry terminal in Basseterre at 2:45 p.m. All passengers are strongly encouraged to arrive early to facilitate an orderly and timely boarding process and departure. The boats will depart Nevis one hour after the service ends.

The state service for the anniversary celebrations of Independence in St. Kitts and Nevis was held on the sister-island of Nevis for the first time in 2015, and then again in 2017. This year’s 36th Independence Anniversary will be celebrated under the theme Unify, Transform, Enrich: Uplifting Communities for Independence 36”.