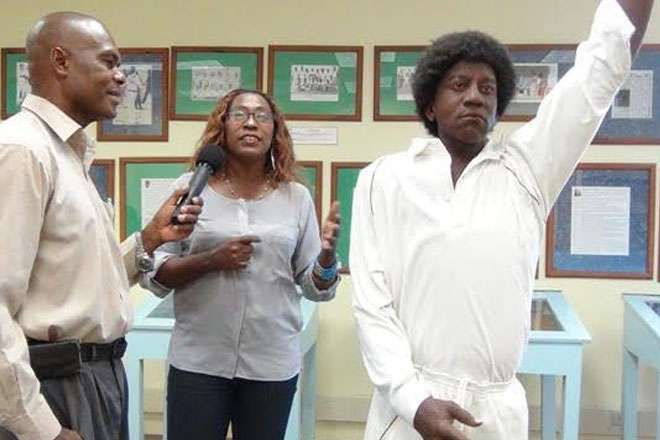 Sports Page — The Nevis Sports Museum which was previously housed next to the Dr. Walwyn Plaza has been temporarily relocated.

The officer in charge of Museum, Miss Vera Herbert spoke in a recent exclusive interview with NTV Sports.

She noted that the Museum was officially opened in March of 2005 and was the brain child of then Minister of Sports, Hon. Loughton Brandy.

She informed the general public that the Museum is now located upstairs the Evelyn’s Drug store, on Main Street, Charlestown.

She used the opportunity to highlight some of the features of the Museum as follows:

Miss Herbert indicated that the Museum is open to the public from 8am to 3.30 pm and persons visiting will be given a guided tour by one of the three staff members, free of cost. Students and other interested persons can also acquire information on local sporting heroes and or local sporting events.

She further indicated that there is also a collection of DVD’s which feature local sporting stars and major events such as the annual Inter primary sports meet and special arrangements can be made for the members of the general public to view them, especially during their lunch break.

Miss Herbert used the opportunity to urge the general populace to visit the Sports Museum at their convenience.