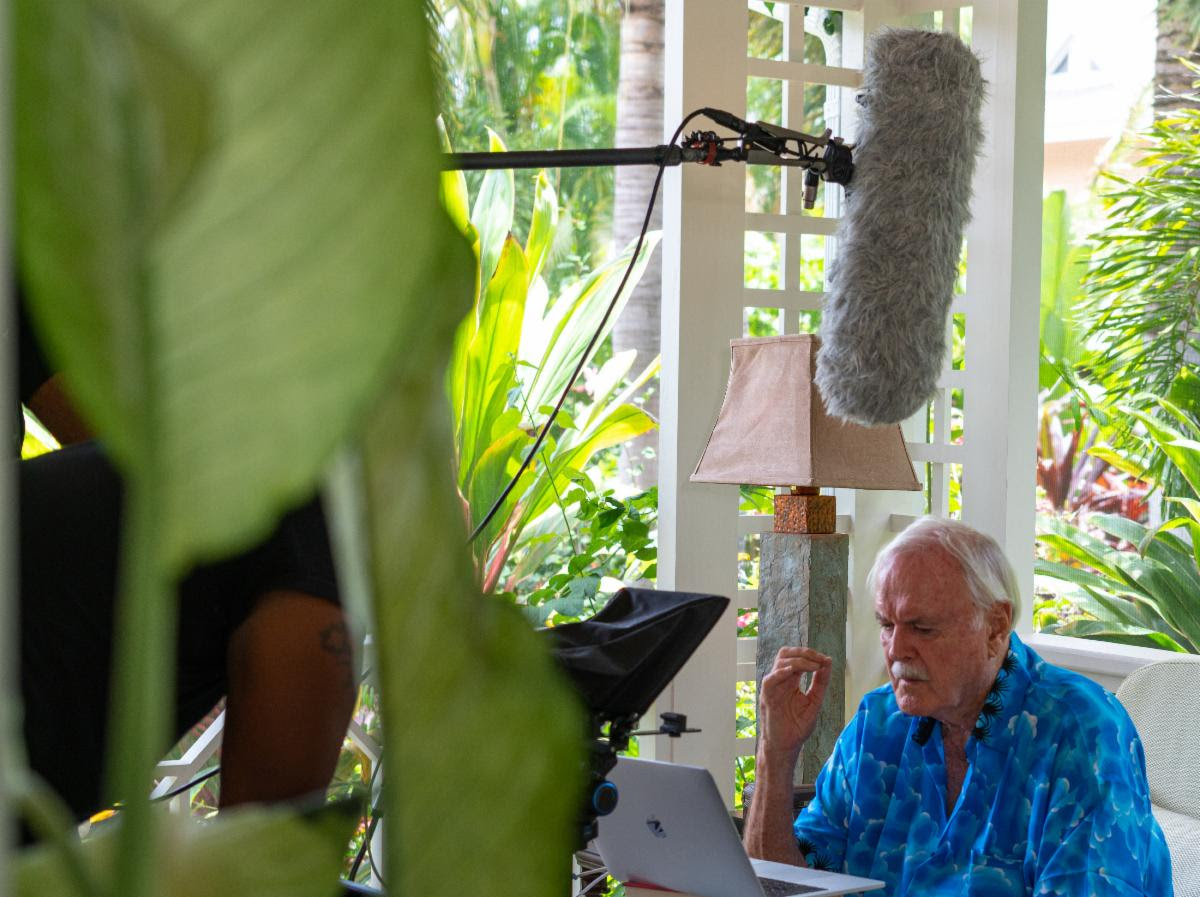 Nevis Strikes Again As The Caribbean’s Sought After Film Destination

On Jul 7, 2021
Charlestown, Nevis, July 6, 2021 — Independent production firm, Anna Barbara Films, with offices in the UK and LA has chosen Nevis to be featured in a pivotal scene in the upcoming movie ‘My Mental Health is Fine’, starring acclaimed English Actor, John Cleese.
In the film self-proclaimed protagonist, Ollie, who sets out to prove that he is managing to juggle every element of his life with ease, has a detailed chat with his father to reassure him that his life is perfect.
During a call with his father, played by John Cleese, viewers will spot a clear shot of the green and blue backdrop of Nevis. Proving once again, that the island is the ideal location for filming, providing a vibrant and unique setting.
The creation of the film is currently underway and the release date is yet to be confirmed.
In addition to the recent filming of ‘My Mental Health is Fine’, Nevis has recently welcomed various production companies to the island, bringing the number of films created on the island this year alone, to four, with additional productions in the pipeline.
Production companies that have chosen to film on Nevis have hand-picked local talent, from production assistants to extras and actors from the pool of thespians and students that reside on the island. Namely, local artist Vaughn Anslyn, born and raised in Nevis, will be featured alongside John Cleese in this upcoming movie. Local production company Tru Capo Entertainment was also used in the filming of this scene.
Continue Reading
Share
You might also like
Bulletin Board