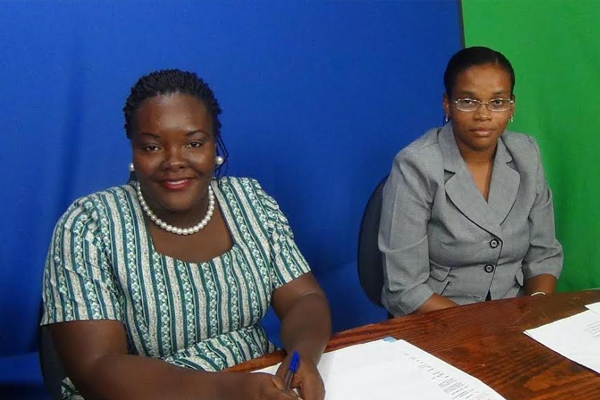 Sports Page — The Nevis Teachers Union is busily preparing for the upcoming Caribbean Union of Teachers’ Games (CUT), scheduled for Trinidad from 25th to 26th July.

Chairperson of the fund raising committee, Ms Ercia Blake and Head coach for this year’s team, Ms Tricia Williams, on Wednesday 14th May gave an update in terms of the squad and fund raising efforts thus far.

According to Ms Blake, a similar figure of $100,000.00 dollars needs to be raised in order to take the team and officials to Trinidad. Thanks to the fundraising efforts of the committee, the wonderful people of Nevis and some sponsors, they were able to raise the money in 2012 and Nevis performed creditably with Carlon Tuckett coming away with the coveted victor ludorum trophy.

Head Coach Ms Tricia Williams noted that a squad has already been selected and training is already underway on select days at the ET Willet Park. She thanked the athletes, parents and other coaches for their positive response thus far and named the squad as follows:

She pointed out that the squad will be reduced significantly overtime and the children will be judged on performances in upcoming meets which includes a trial meet, along with their general attitude and behaviour, before the final selection is made.

Ms Blake noted that fund raising efforts have already started in earnest and this is being coordinated by the Sports committee of which she is the chair person and includes: Tricia Williams; Claire Carey; Adelvin Phillip; Shirmon Caines; Jermaine Bartlette and Don Perkins.
Currently, there are tags on sale and other fund raisers planned are:

Interested persons can also make donations and there is an account at the Bank of Nevis under the name of the Teachers’ Union Sports committee.

All in all, the Teachers are optimistic that they will be able to send even more athletes to the games this year and expect an even better performance from the children.