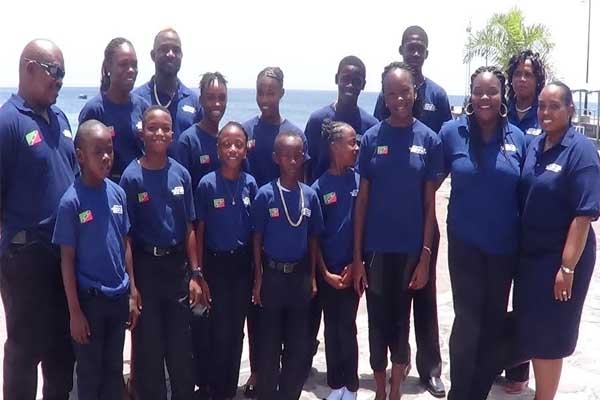 Nevis Team off to CUT Games

Sports Page — Some 12 athletes left the federation on Wednesday en route to Trinidad where they will represent Nevis in the 2014 edition of the CUT games.

Ms Williams indicated that the children went through a very intense period of training and also participated in development meets in St.Kitts.

During training sessions and also while in St.Kitts, they were duly timed and the children who maintained the best times were eventually chosen to make the trip

Team captain, Leroy Chapman indicated that he was looking forward to beating his best times during the meet and opined that his team will do well.

One of the chief organizers who helped to make the trip possible, Ms Ercia Blake thanked everyone who assisted in the fund raising endeavours. Her sentiments were echoed by accompanying parents, Sonia Tuckett and Don Perkins.

The team also surprised Head coach Tricia Williams with the singing of the birthday song as she celebrated on that same day.

The team is set to return home on Monday 28th July.