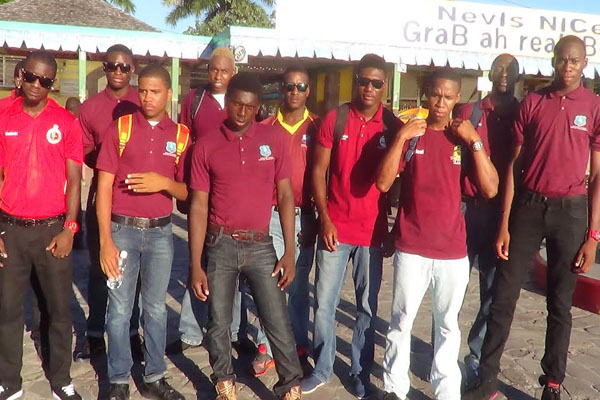 Nevis Team off to Montseratt – Finally

Sports Page –The on again; off again proposed trip by the Nevis senior Cricket team to Montserrat, is definitely on.

The Nevis team departed the Charlestown port at about 4.30 am this morning on board the CARIB SUN en route to the Emerald Isle.

Shock waves were sent throughout the sporting community on Tuesday when it was revealed that the team would not be making the trip in order to play their first game of the 2014 Leeward Islands tournament versus Montserrat, in Montserrat.

The reason given was a shortage of funds and a mention was made of $5,000.00 required.

Apparently, the Nevis Island Administration was approached for assistance but with some of the cabinet members off island, a decision was not immediately forthcoming. The players were informed that the trip was off.

It is understood that certain concerned citizens then went about raising the funds but it was later revealed that the money was provided by the Nevis Island Administration.

The players were then told at short notice that the trip was on again and reported at the Charlestown pier to catch the Carib Breeze to St.Kitts with the intention of later boarding the CARIB SUN at 3am to be taken to Montserrat.

Permanent Secretary in the Ministry of Sports, Mr. Keith Glasgow, was at the pier and assisted with negotiations to get the players off to St.Kitts. However, it was revealed that the passports for the players had been returned to Nevis and it appeared that no provisions were being made to get the players to Montserrat via the CARIB SUN.

The Carib Breeze departed Charlestown without the cricketers.

The possibility of the CARIBE QUEEN taking the cricketers was even explored. However, the cricketers remained in waiting at the pier up until approximately 7.30 pm.

Later, former Nevis Cricket Association president Hon Carlisle Powell spoke to the captain of the CARIB SUN Mr. Prince Mills and during the discussion finalized an arrangement whereby the boat would leave St.Kitts at 3am and travel to Nevis, collect the cricketers and journey on to Montserrat.Powell indicated that Captain Prince had called him as regards another person’s passport which was apparently sent back with the passports for the cricketers.

‘I love cricket and cricket is my life. That is why I had to assist the crickets,’ he stated.

Prior to the boat leaving Nevis this morning, there was yet another hic-up. Just as the players were boarding the boat, it was discovered that two of the layers’ names were not on the manifest. This took another half hour to be sorted out. Brian Dyer however indicated that throughout the entire process, captain Mills was very cordial and helpful.

Saeed Williams was absent by the time the boat pulled away from the pier.

Nevis team captain, Tonito Willet for his part, indicated that the cricketers will try to focus on the games to be played and expects his young team to do well. He noted that much is expected of the Leeward Islands youth players who have been included in the squad: Ross Powell; Theron Bussue; Saeed Williams; Philo Wallace and Kezron Archibald.

Nevis engages Montserrat in the three day encounter from Thursday 2nd to Saturday 4th October and then the one day match which will be played on Sunday 5th October.