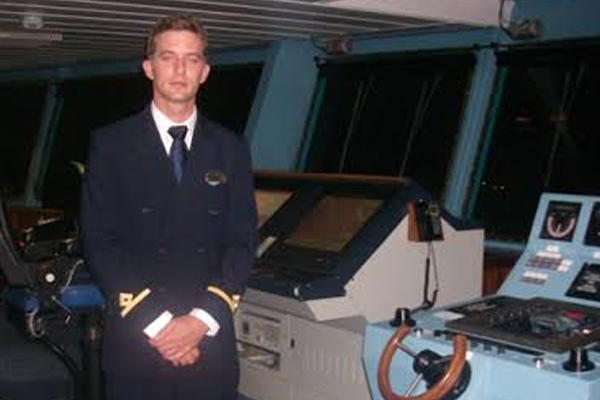 Nevisian is one of three Second Officers onboard when Quantum of Seas berths at St. Kitts’ Port Zante

Basseterre, St. Kitts (CUOPM) — History in the making when the 4,905-passenger Quantum of the Seas, the second largest cruise ship in the world, docks at St. Kitts’ Port Zante on its inaugural call tomorrow Monday 8th December.

Director of Marine Affairs, Mr. Mc Clean Hobson said a national of the Federation of St. Kitts and Nevis is one of three Second Officers on the ship and will be onboard.

“He is Harry Yearwood, who was born in Nevis and the son of Mr. and Mrs. Alastair Yearwood,” McClean informed the Communications Unit in the Office of the Prime Minister (CUOPM) on Sunday.

Mr. McClean said Harry began as a cadet in Royal Caribbean and joined the Quantum Of The Seas in September in the Meyer Werft ship yard in Germany, having previously worked on the Adventure of the Seas.

“Harry has been with the ship for the final fitting, sea trials and their maiden voyages,” said McClean, who pointed out that Harry was selected as one of the three Second Officers that formed a part of the start up team.

Harry attended primary and secondary schools on Nevis and is a graduate of the National Maritime Collage of Ireland NMCI in Cork.

The -passenger vessel, the first ship of the Quantum class is scheduled to dock at Port Zante at 11 a.m. and depart at 7 p.m.

The Quantum of the Saes surpasses the earlier Freedom-class ships by over 14,000 Gross Tonnes, becoming the second largest class of passenger ships behind Royal Caribbean International’s Oasis class ships on gross tonnage basis.

Quantum of the Seas was delivered to Royal Caribbean on October 28, 2014 and set sail from Cape Liberty Cruise Port to the Caribbean..

Quantum of the Seas has 16 passenger-accessible decks, 8 of which feature balcony staterooms overlooking the ocean.