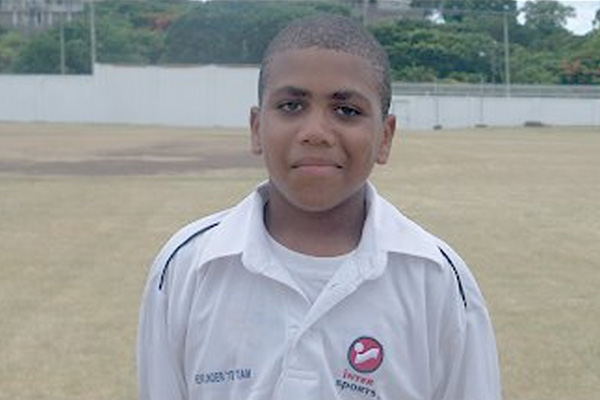 Sports Page— Nevisian Ross Powell, had been chosen to lead the Leeward Islands under 17 team in the upcoming WICB sponsored, West Indies under 17 tournament to be played in Tobago.

Powell is the son of former Leeward Islands off spinning all rounder, Ronald Powell.

The only other Nevisian included in the squad is Philo Wallace, son of former Leeward Islands speedster, Raphael RAFFIE Wallace.

Surprisingly, Shelton Forbes who scored two half centuries leading up to the final selection of the squad, was overlooked by the selectors.

Following is a press release from the Leeward Islands cricket Association

ST. JOHN’S, Antigua – The Leeward Islands Cricket Association is pleased to announce its Under 17 team ahead of the start of the West Indies Under 17 tournament in Tobago. The players selected are:

The management team is Hester Rawlins, Manager while former West Indies and Leeward Islands middle order batsman, Keith Arthurton will be the Coach. The team departs this weekend for Tobago.

The Leeward Islands’ first match will be against Guyana on Tuesday, 8th July, 2014.