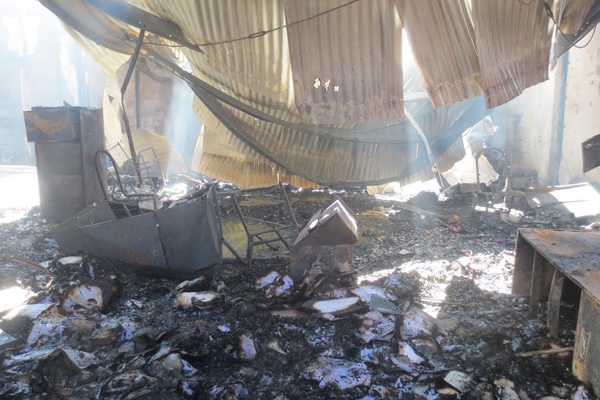 ZIZ News..An early morning fire in Nevis has destroyed the Treasury Building which houses the inland Revenue Department and the VAT Office.

Fire Chief Everette Ogarro told ZIZ News it took just over two and half hours for the Fire and Rescue Services to get the early morning fire of one of the main Institutions of Nevis Island Administration, the Treasury Building, under control.

Ogarro said they were hampered a bit in their operation because they had to wait on NEVLEC to cut the electricity from the building. The entire structure was destroyed and the roof of a nearby building was also burnt.

At this point in time the Fire Chief was unable to say what caused the fire stating investigations are continuing and the area has been cordoned off.