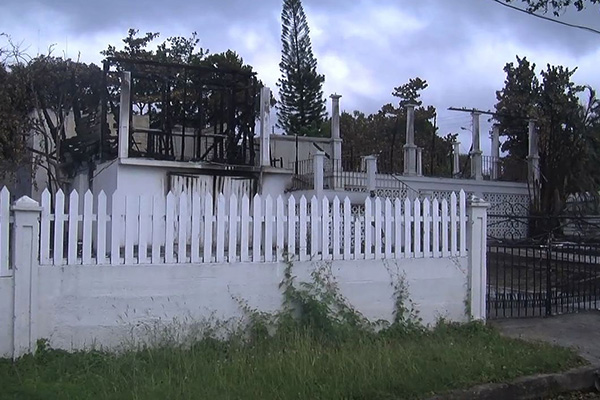 (ZIZ) Two persons are now in police custody in connection with an arson attack on Sunday.

The police also found an abandoned car, P7809 at the scene.

The car and other pieces of evidence have been taken into police custody.

The police are asking anyone with information to call the nearest police station or crime stoppers at 1-800-8477.