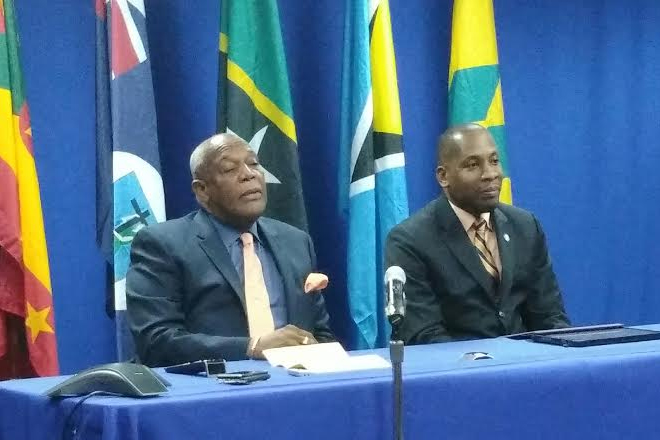 (ZIZ News) — On Monday, the new Governor of the Eastern Caribbean Central Bank, Timothy Antoine, held his first engagement with the regional media about his new post.

The tele-press conference was held at the Maltin Moving Centre of the ECCB.

The Chairman of the ECCB Monetary Council, the Honourable Victor Banks introduced Antoine to the region before turning the proceedings over to the Governor and the press.

Antoine outlined his vision for the future of the ECCB and tackled questions about various financial issues raised by the local and overseas media houses.

Timothy N. J. Antoine, a national of Grenada, assumed duties as the third Governor of the Eastern Caribbean Central Bank on the 1st of February 2016.

He is an economist and development practitioner by training, experience and passion.

Before taking up the position of Governor, Mr. Antoine served as Director for Grenada on the ECCB Board of Directors for the periods: 2002 to October 2005 and January 2008 to January 2016.