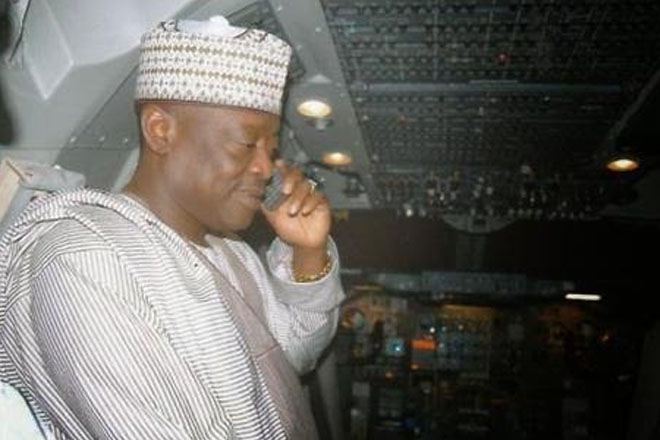 Kingstown, St Vincent — Confidential sources in St Vincent and the Grenadines (SVG) have reported that Alhaji Dahiru Barau Mangal, a Nigerian national, has been issued an SVG passport in exchange for a cash payment of US$75,000.

According to Modern Ghana, “from smuggling to adultery, multi-billionaire businessman Alhaji Dahiru Barau Mangal is fast building a reputation as the new face of crime in Nigeria.”

Sahara Reporters reported that the 52-year old Mangal is Nigeria’s top cross-border smuggler, initially building a fortune by smuggling petroleum products through the Republic of Niger and later diversifying into the safe delivery of contraband goods on behalf of a variety of other smugglers to any destination in Nigeria, in some instances escorted by Nigerian soldiers in and out of the country.

According to local reports from SVG, the college in Kingstown suddenly started taking Nigerian students in the last two years, with an uncharacteristic absence of publicity on the part of the government. The presence of the Nigerians in SVG was only discovered when one of them got ill and he was isolated in case he had the Ebola virus.

Mangal is the owner/operator of Nigerian-based air charter company MaxAir, which has frequently been reported to the Nigerian Civil Aviation Authority for maintenance violations and the employment of unqualified flight crew with fake pilots’ licenses, doctored logbooks and type ratings and questionable passports.

The airline specialises in Hajj charter flights from Nigeria to Saudi Arabia and is reportedly the largest such carrier in Nigeria.

The entire fleet is said to non-airworthy with very little maintenance being done. The smaller jets are reportedly doing illegal charter work without an air taxi certificate.

The UK Civil Aviation Authority (CAA), US Federal Aviation Authority (FAA) and the European Aviation Safety Agency (EASA) did not respond to requests for comment on what steps, if any, are being taken by aviation authorities to ensure that MaxAir aircraft are not permitted to enter UK, US or European airspace, especially given its connection to the Muslim world and al-Qaeda’s known interest in commercial aviation as a weapon.

As to what steps, if any, are being taken to ensure that Mangal is not permitted to enter the US or the UK by means of a fraudulently obtained visa using his SVG passport, Ben Stack at the Home Office in London said, “All passengers are checked against police, security and immigration watch lists on arrival and, where we believe someone poses a risk, Border Force officers can – and do – refuse them entry.”

Julia Straker, a US State Department spokesperson, said that all visa applications are adjudicated on a case-by-case basis in accordance with the requirements of the US Immigration and Nationality Act and other applicable laws.

“The Department of State maintains extensive programs to vigorously combat visa fraud and investigates all allegations of such activity. The Department has broad authority, under Section 221(i) of the Immigration and Nationality Act, to revoke visas based on information that comes to light at any time indicating that a visa holder may be inadmissible to the United States or otherwise ineligible for a visa,” she said.

Dan Hetlage, deputy director Media Division, Office of Public Affairs, US Customs and Border Protection (CBP), explained that, before any individual is permitted to enter the United States, CBP checks all relevant national security and criminal databases to ensure that the applicant meets the requirements of the Immigration and Nationality Act for admission to the United States.

“If there is derogatory information about an individual, which may be developed through any number of ways, including information referred by other law enforcement or intelligence community partners, CBP may conduct additional screening to determine the individual’s admissibility to ensure the individual is not a national security or public safety risk,” he said.

However, none of the agencies responded to a question as to what steps, if any, are being taken to ensure that the new international airport nearing completion in St Vincent will not be used as a staging post in the Americas for Muslim extremists and/or terrorists transported by MaxAir 747s, especially in the light of the questionable relationship that may exist between Mangal and the St Vincent government.

Just over one year ago, the prime minister of SVG, Dr Ralph Gonsalves, was adamant that his administration would not allow a citizenship by investment programme (CIP) in that country, and expressed doubt about the level of due diligence being conducted by Caribbean countries offering that path to citizenship.

However, Gonsalves was accused by the BBC in 2013 of running, in effect, his own private citizenship programme, when British businessman Dave Ames was alleged to have bribed Gonsalves in order to gain SVG citizenship.

The BBC sent reporters to the Caribbean and later accused Gonsalves of accepting a “suitcase of money” from Ames in order to receive his citizenship.

Ames, who was the head of the financially troubled Harlequin Group, denied the accusations that he had paid Gonsalves money in return for citizenship in SVG, where Harlequin was developing a luxury resort.

Earlier this year, Gonsalves denied a statement by the US Treasury Department that a former Iranian national whose activities are being closely monitored had acquired SVG citizenship.