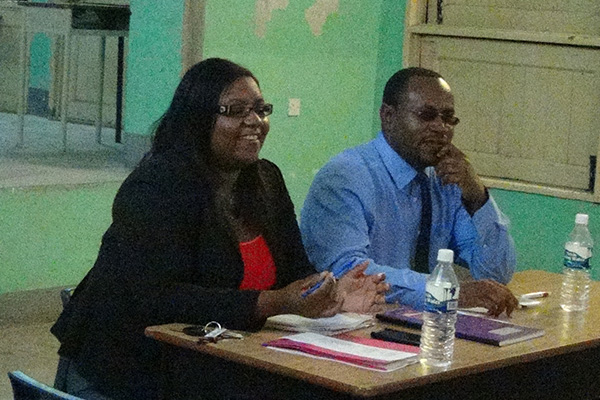 There will be a new focus on the sport of Tennis on the island of Nevis in 2014.

This was revealed on the evening of Tuesday 21st January at the Gingerland Secondary School where the Youth and Sports Departments on Nevis, held one in a series of open consultation forums with youths across Nevis.

Coordinator of Youth Development, Ms Zahnela Claxton revealed that there will soon be a table tennis training course which will last for somewhere between 12 and 15 weeks.

This will be organized courtesy of the St. Kitts-Nevis Tennis Association which will provide the equipment and Coaches. At the end of the course, the equipment will be donated for use in Nevis.

The sessions will be geared for young persons between the ages of 5 and 15 and there will also be sessions for potential Coaches of the game.

The sessions will be held on Saturdays at the following locations across the island:

Ms Claxton, in response to a query, noted that the proposal was virtually finalized when her Department was contacted but is seeking through negotiations to add another venue to the list and one attendee indicated that it should be at the Hanley’s Road Community Center.  She stated that she could not promise anything but would work on it.

Ag. Director of Sports, Jamir Claxton, also noted that he is currently making plans through the President of the currently not too active Tennis Association, Anthony Webbe, in terms of having training programs and Tennis tournaments across the island.