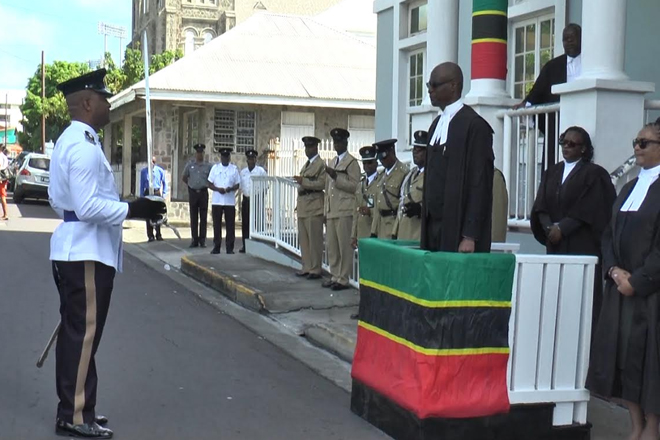 Lawyers of the private and public bar in the federation gathered at the Wesley Methodist Church for the traditional church service to signal the start of the new law term 2016-2017.

The opening continued with words of welcome from lawyers present including the director of public prosecutions and the president of the bar association.

Queen’s Counsel Ward responded by thanking them for the warm welcome he has received upon his arrival in the federation.

“How grateful I am to have been so warmly welcomed into the federation of St. Kitts and Nevis. I view this appointment as an opportunity to continue my service in the public sphere as a judge in the Eastern Caribbean Supreme Court,” he said.

The new high court judge pledged his commitment to the continued collaboration and cooperation between bench bar and all stakeholders in the criminal justice system stating, “I therefore have a full appreciation of the high standard which I must meet and continue to develop and I give you my undertaking that I will discharge my duties in such a way so as to develop and enhance the jurisprudence in the region.”