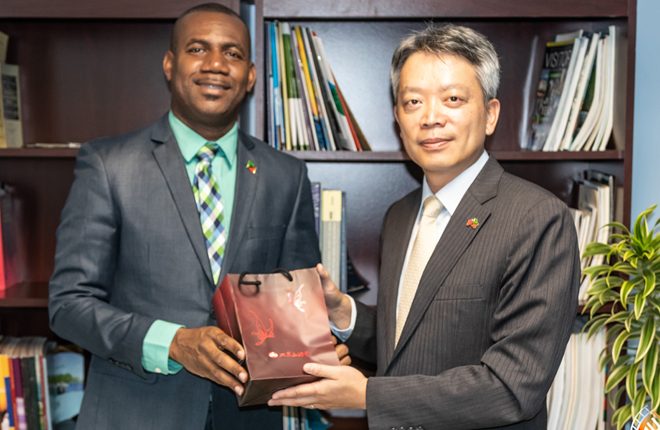 Minister Richards welcomed and congratulated Ambassador Lee on his new appointment and reiterated the government’s support for continued relations between the two countries. He echoed the government’s appreciation for the support over the years on a number of critical projects and said: “we in St. Kitts and Nevis consider Taiwan to be one of our best friends that we have had over the years, and we will continue to advocate on behalf of Taiwan.”

During the meeting, min. Richards and ambassador lee exchanged views on possible areas of further cooperation and reflected on the projects that are ongoing between the two countries.

Ambassador Lee expressed his readiness to work, and commitment to prioritizing the enhancement of technical and vocational education and training.

Both parties expressed success and best wishes for a productive and long relationship between the two countries.