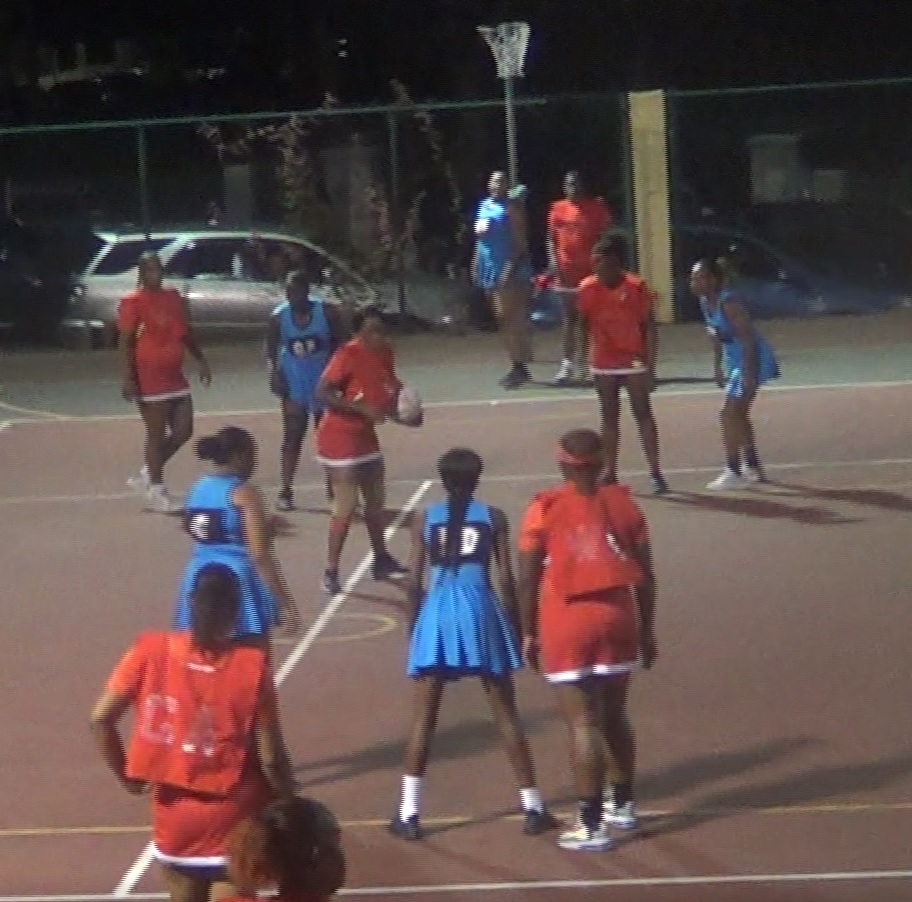 This was another in the series of matches hosted by the St. Kitts and Nevis Netball Association and hosted at the Brown Hill hard court.

It was another night of a good crowd showing but intermittent showers caused several delays.

At the final whistle, however, the Newton team was large and in charge, with a scoreline of 40 to 18