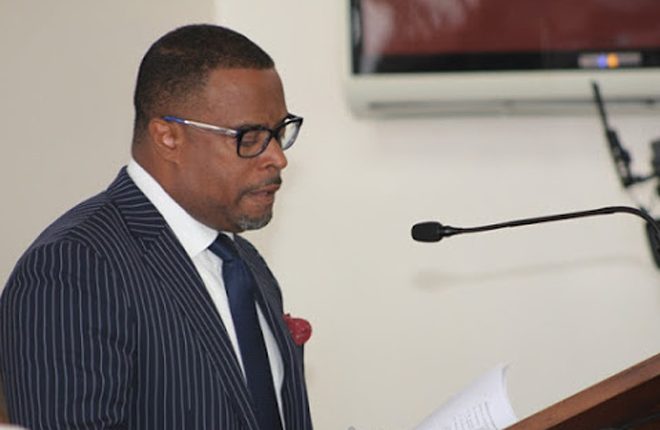 Charlestown, Nevis, May 21, 2019 (NIA):The Nevis Island Administration (NIA) is taking measures to ensure that the more than 400 employees of the Four Seasons Resort, Nevis to be affected during a temporary closure from June 01, 2019, are assisted. The closure is due to  the final renovation phase of that tourism facility which is the island’s largest employer.

Hon. Mark Brantley, Premier of Nevis and Minister of Finance, made the disclosure in a statement at a sitting of the Nevis Island Assembly on May 21, 2019.

“We have written to Social Security supporting a request by Four Seasons that no Social Security deductions be taken from the 25 percent payment to affected workers over this four-month temporary closure.

“We have also written to all the local banks and financial houses seeking their cooperation and indulgence to forego payments by affected workers on any loans or other financial commitments owed by such workers during the four-month closure,” he said.

Mr. Brantley noted that in meetings with the executive of the Chamber of Industry and Commerce, he urged the private sector to assist as much as they can with temporary jobs for affected workers during the period of closure.

The principal contractor for the resort’s renovation, DCK Worldwide held a job fair on May 08 and 09, 2019 to interview and hire workers for the construction process at the resort.

Mr. Brantley said the NIA had made it clear to the resort’s management and DCK that workers who would be affected by the temporary closure and had the requisite skills should be given first preference for employment, and as a result a job fair was held exclusively for them on May 06. A total of 100 workers applied and they were awaiting word on if they have succeeded.

The Premier reminded that in addition to what the NIA is doing to assist the workers, the resort has decided to pay to each affected worker 25 percent of their normal wages during the closure regardless of whether they obtain a temporary job elsewhere.

“In addition, workers will continue to have their full medical, insurance and other benefits during this four-month period. The payment of 25 percent is gratuitous and comparable to what workers would generally earn during the summer low season for tourism when many workers would get only two days per week.

“We thank Four Seasons for its demonstrated commitment to its workers. The resort has made it clear to the government its desire to hold on to its workers and ensure their job security when the resort reopens in October 2019,” he said.

The Premier added that in a move to ensure that the affected workers get additional financial relief, the Four Seasons Homeowners Association will also assist.

“The Homeowners Association at Four Seasons Resort has agreed to make a pool of funds available to top-up payments to the affected workers.

“I cannot today disclose more as the total funds and the methodology for distribution among the affected workers are still being finalised,” he said.