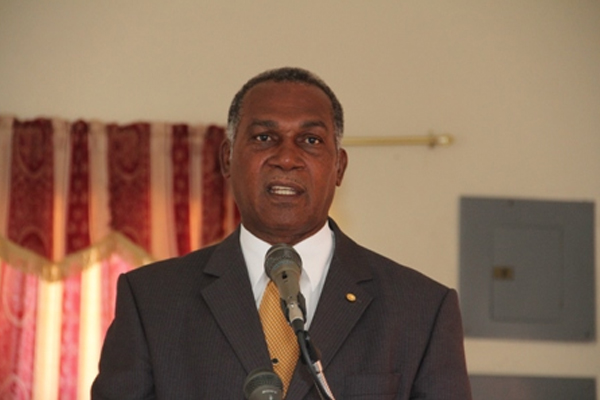 NIA CHARLESTOWN NEVIS– The Nevis Island Administration (NIA) is in pursuit of alternative investments for Nevis. Premier of Nevis and Minister of Finance in the NIA Hon. Vance Amory, made that disclosure when he was a guest on Inside Government, a programme aired on Nevis Television Channel 8 on February 10, 2014.

Mr. Amory stated that although there were already investments done through the Tourism Industry and Real Estate, the Administration was seeking to attract investment of a different kind in other areas.

“As a government, I want to say that we are looking for investment, other than through the tourism or the real estate. The government itself, we are dealing with persons who we feel may want to invest in additional Government Bonds but we are going to put a twist on this.

“If somebody invests in the Government Bonds and we use those bonds for infrastructural development, we will apply to the Federal Government for those persons, who make the level of investment, for them to be considered under the Citizen by Investment (CBI) [programme].

According to Amory, plans were afoot for talks with potential investors who may have interest in purchasing bonds.

“In another couple of weeks, I am hoping that there will be some persons who will come in to discuss with us the possibility of doing just that, taking up some bonds but those bonds would be applied for government projects and then we can get them the citizenship. They can apply for it, that is they qualify because it’s not a matter of just handing citizenship because due diligence has to be done.

“If they qualify, they can have it and this will fulfil what the International Monetary Fund is saying so more investment and more plans and capital projects under the CBI and we are looking towards that and I think things will go very well,” he said.