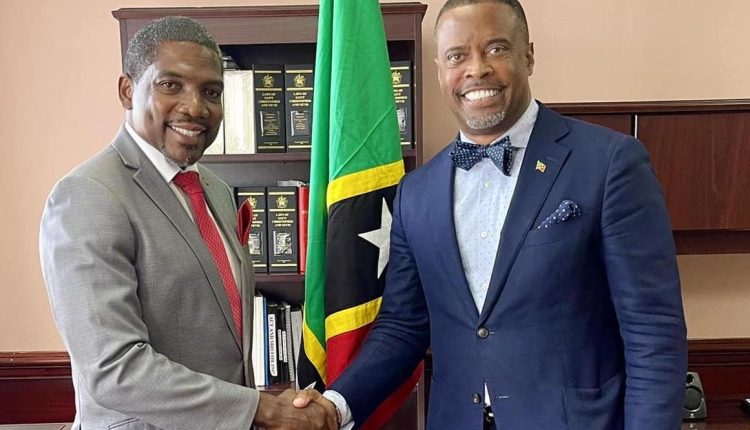 CHARLESTOWN NEVIS November 17, 2022 (NIA) – Public servants and government pensioners on Nevis are set to receive a financial windfall next week with the announcement by the Nevis Island Administration (NIA) that a double salary bonus will be paid in November.

Hon. Mark Brantley, Premier of Nevis and NIA Minister of Finance confirmed the payment of a bonus salary while engaging members of the media and the general public during his monthly press conference on Thursday, November 17, 2022. He explained that the decision had been arrived at through consultation with the Federal Government.

“We’ve had the Honourable Prime Minister [Dr. Terrance Drew] addressing the nation and indicating that he has authorized a bonus payment, double salary as we like to call it colloquially, to public servants for this year and he has authorized the payment of that on November 22.

“I would wish to publicly extend thanks to the Federal Government because through our dialogues and discussions we have established that this windfall, so to speak, of a doubly salary, it will be extended to the people of Nevis as well…We look forward therefore to our public servants receiving that emolument and we thank them of course for their continued hard work, and we are hopeful that these payments spur our people to even greater productivity,” he said.

Premier Brantley said this gesture on the part of the Federal Government is testimony to the very cordial relationship being established between the NIA and the new St. Kitts and Nevis Labour Party-led government in St. Kitts

“…This is part of the ongoing conversation about a fair share of the country’s resources being available to those who are in Nevis as well. We know that one-third of the population resides here and the Honourable Prime Minister has indicated with great alacrity, no need for persuasion, that it was the intention that this applies across the board, and so public servants in Nevis can look forward to their double salary on November 22.

“I think this is excellent news and I think it augurs well for the ongoing collaboration and partnership between the Federal Government and the Nevis Island Administration, and continues what we have started in terms of this new government, new dialogue, a fresh start when we engage with the Federal government, and so far it has yielded good fruits for the benefit of the people of Nevis.”

While acknowledging that the additional income would mean more spending, resulting a much-needed increase in economic activity on the island, Premier Brantley cautioned those receiving the bonus to be fiscally responsible. He encouraged people to save some of the extra money and to ensure they pay their bills, including utilities such as electricity and water.

Prime Minister Dr. Drew recently announced that there would be three Discount Value Added Tax (VAT) Rate Days this year- Friday, November 25; Friday, December 16; and Saturday, December 17, 2022. This is in addition to the waiving of VAT and Customs and Excise Duty on non-commercial imports into the Federation of up to EC $540 in effect from November 01 to December 31, 2022.