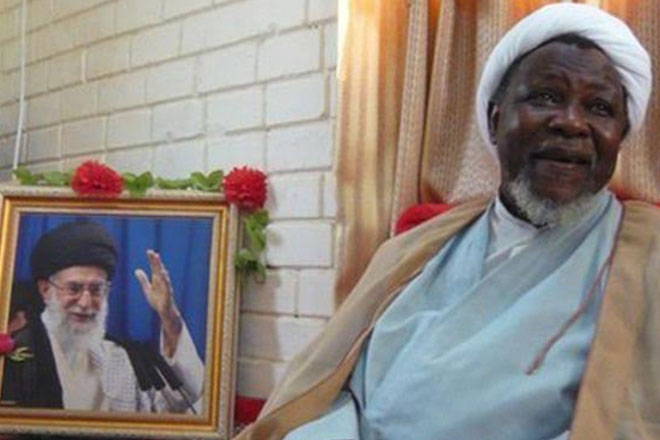 (BBC) Nigeria’s main Shia Muslim sect says the wife and son of its leader have been killed in clashes with the military in the northern Kaduna state.

The clashes came after allegations that members of the sect had attempted to assassinate Nigeria’s army chief.

The leader of the Islamic Movement in Nigeria (IMN), Sheikh Ibraheem Zakzaky, was also arrested in his home.

The IMN denies the allegation, and says soldiers killed at least 20 of its members.

The army says members of the sect attempted to assassinate its chief of staff, Lt Gen Tukur Buratai, on Saturday when his motorcade was passing through a Shia procession.

But the IMN says the Nigerian army opened fire on their members.

The Islamic Human Rights Commission said on Sunday that before Sheikh Zakzaky’s arrest, the military had parked two tanks outside his home.

The sect alleges that Sheikh Zakzaky’s wife, Zeenat Ibraheem, was killed, along with the couple’s son Sayyid Ibraheem Zakzak.

Last year, three of Sheikh Zakzaky’s sons were killed in clashes between the army and pilgrims in a procession.

The group wants to set up an Islamic republic and has frequently clashed with the army.

It is also opposed to the Sunni Muslim jihadist group, Boko Haram, which recently staged an attack on one of its processions, killing at least 21 people.

Boko Haram condemns Shias as heretics who should be killed.

Most of Nigeria’s Muslims are Sunnis, and there are underlying tensions between them and Shia Muslims, correspondents say.