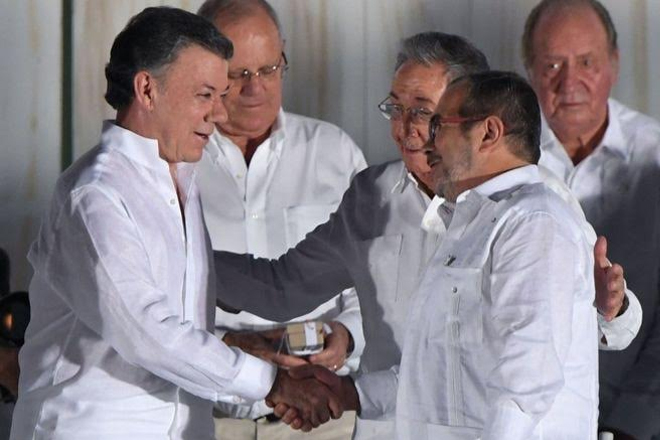 Colombian President Juan Manuel Santos has been awarded the Nobel Peace Prize for his efforts to end the 52-year conflict with left-wing rebels.

The Nobel committee praised him for a peace deal signed with Farc rebels, but rejected by Colombians in a vote.