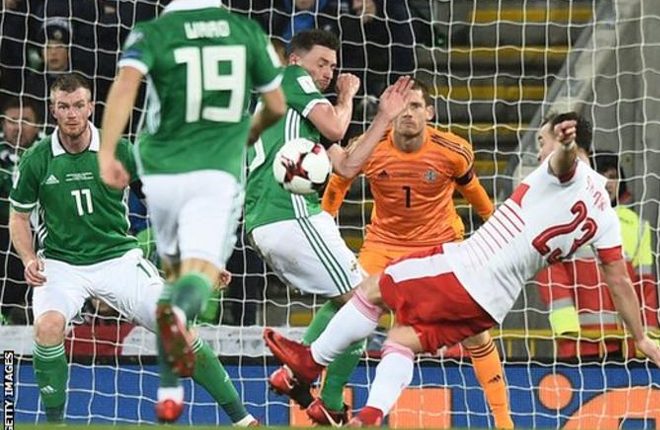 The referee who awarded a controversial penalty against Northern Ireland during their World Cup play-off defeat by Switzerland says he made a mistake.

Ovidiu Hategan ruled that Corry Evans blocked a shot with his arm during the first leg, despite replays showing the ball struck the player’s shoulder.