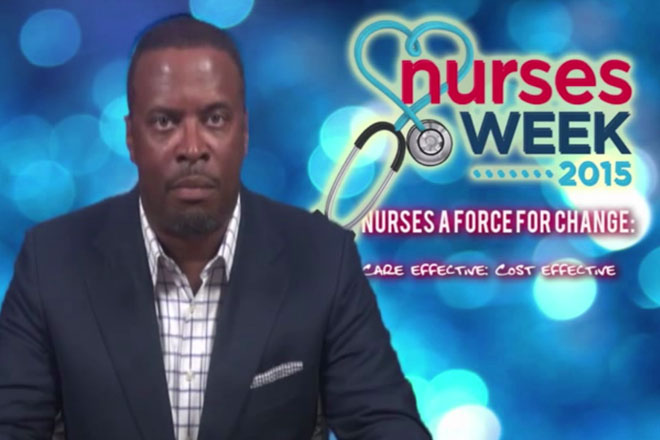 Minister Brantley highlighted the aim of the week of activities stating, “The week will examine the role of nurses as part of the health system, to enable it to effectively respond, adapt, and strengthen its capacity to perform when exposed to challenges including but not limited to, disease outbreaks and natural disasters”.

The Health Minister also recognised the nurses employed in Nevis for their contribution to the health system.

“I take the opportunity to applaud the nurses who work at the six health centers on Nevis and also those who work at the Alexandra hospital who, through their efforts, have not only made the health system resilient but the economy as well, as a nation’s health determines its wealth,” he said.

Nurses Week 2016 also includes a symposium on may 11th and is being commemorated under the theme “Nurses, A Force for Change Improving Health Systems Resilience”.