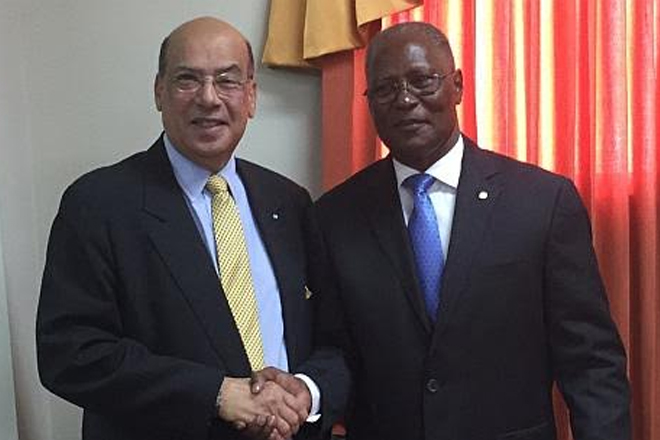 The special mission of the Organization of American States (OAS) to Haiti, headed by the chair of the Permanent Council, ambassador of Antigua and Barbuda, Sir Ronald Sanders, arrived in Port-au-Prince on Sunday.

The mission has so far met President Michel Martelly and senior members of the government, Senate President, Jocelerme Privert, and members of the various political parties in the Senate, as well as Lower Chamber President, Cholzer Chancy.

Sanders said that he “regards the conversations that the mission has had so far as very constructive, particularly because they are pointing towards a solution to the present difficulty being reached by national stakeholders”.