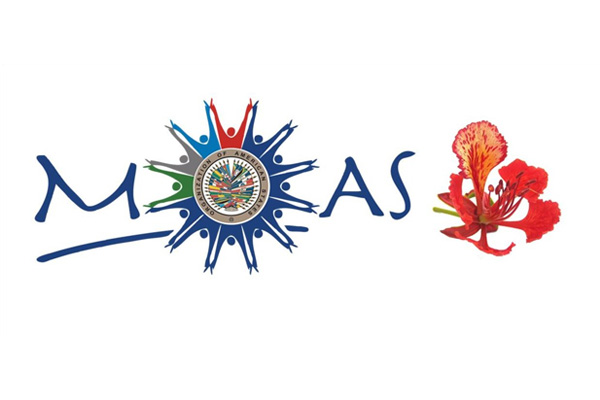 Basseterre, St. Kitts (SKNIS) — Final checks are being made by officials in St. Kitts and Nevis to ensure that all is set forTuesday’s (March 24) start of the 33rd Model OAS General Assembly (MOAS) for Universities of the Hemisphere.

Specialist with the MOAS Programme, Nelly Robinson, said she was pleased with the attention to detail that has been shown in the planning for the March 24 to 26 conference.

“Preparations have been really good,” Ms. Robinson explained. “Our counterpart here in St. Kitts has been great organizing and coordinating all the local activities and the venues and they have been working very hard. … I’m sure that this MOAS is going to be great especially because it is the very first MOAS [being] organized in a CARICOM country.”

The MOAS aims to promote democratic values and highlight the work of the OAS to the youth of the Hemisphere.

Ms. Robinson added that this is the first time that six universities from the Caribbean Region are participating in the MOAS, which first started in 1980. Two universities from the United States and two from Latin America are confirmed to attend. The students will be representing 16 OAS member countries. What is unique is that the students have been assigned a country other than their own. This allows for an exchange and appreciation for the varying cultures, people, political systems and the general way of life of other countries.

“We’re looking forward to the students … learning a lot about what’s going on in the Hemisphere,” she stated. “They are going to be discussing very important topics in the Inter-American agenda and there’s going to be topics related to multidimensional security, integral development, democracy, human rights and social development so it is going to be a good agenda. They (the representatives) are going to be analyzing, debating and negotiating.”

The MOAS will be held at the St. Kitts Marriott Resort. Minister of Foreign Affairs the Honourable Mark Brantley has welcomed the staging of the model general assembly noting that it raises St. Kitts and Nevis’ international profile and facilitates a critical exchange of culture and information.