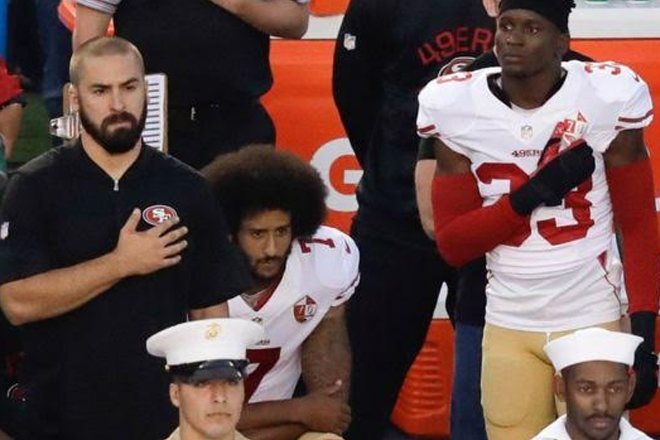 US President Barack Obama has said NFL quarterback Colin Kaepernick, who refused to stand for the US national anthem, was exercising his constitutional right to make a point.