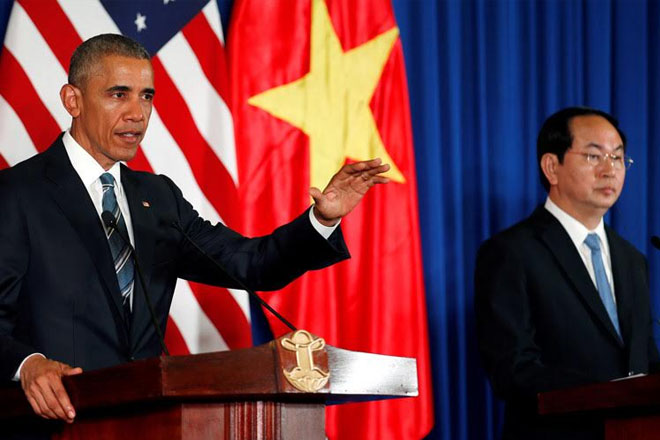 Obama lifts US embargo on lethal arms sales to Vietnam

President Barack Obama has announced the US is fully lifting its embargo on sales of lethal weapons to Vietnam, its one-time enemy.

Speaking during a visit to communist Vietnam and talks with its leaders, Mr Obama said the move removed a “lingering vestige of the Cold War”.