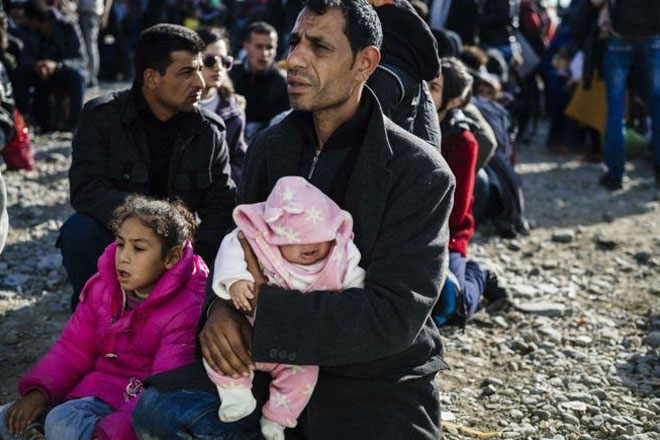 (BBC) President Barack Obama has described as hysterical the actions of two dozen state governors who are refusing to resettle Syrian refugees.

He said some Republican rhetoric on the issue was a “potent recruitment tool” for Islamic State militants.

The governors, mostly Republican, have pressed for bans in their states since it emerged one of the Paris attackers may have entered Europe with migrants.

But a bill has been introduced in Congress that would restrict Syrian arrivals nationwide.

The Obama administration announced in September that it wanted to resettle about 10,000 Syrian refugees in the US by the same time next year.

The White House held a 90-minute phone call with 34 governors on Tuesday night to explain how Syrian refugees are screened and prioritised for entry.