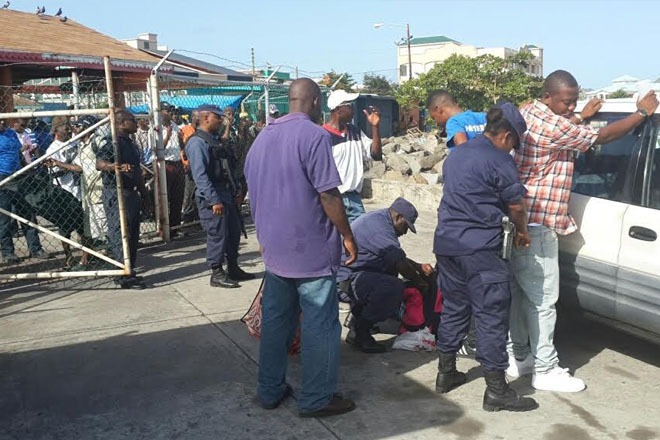 The operation which ran from Friday (July 31) to Wednesday (August 5) was led by the Royal St. Christopher and Nevis Police Force and supported by members of the St. Kitts-Nevis Defence Force, Her Majesty’s Customs and Excise Department and other security personnel in the federation. The multi-agency task force conducted simultaneous vehicular stop and searches on both islands, random vehicular searches at the Sea Bridge ferry docks in St. Kitts and in Nevis and personal stop and searches of persons of interest and travellers at the ferry terminals on both islands.

“The objective was public safety,” said Acting Commissioner Liburd. “We wanted to ensure a public safety environment that was comfortable and contributed to a safe Culturama and the weekend in general. We achieved our objectives.”

Police Superintendent Hilroy Brandy, Head of the Nevis Division said: “the additional strength on the roads this past weekend, and the efforts of the joint task force were instrumental in an incident free festival weekend on Nevis. Many of the persons who came over from St. Kitts commented on how relaxed they felt. The police presence they said was welcoming,” he emphasized. “I want to thank the residents of Nevis and the visitors and revelers for their cooperation in keeping to the instructions given by the officers on the streets this weekend,” Superintendent Brandy added.

“They demonstrated the highest levels of professionalism and dedication over the long weekend operation,” said Acting Commissioner Liburd, as he commended the members of the participating agencies. He noted operations like this will continue in the ongoing efforts to keep St. Kitts and Nevis a safe place to live, work, visit and do business.